Peter DeLuise net worth: Peter DeLuise is an American actor, director, screenwriter, and producer who has a net worth of $10 million. Peter DeLuise was born in New York, New York in November 1966. As an actor he starred as Officer Doug Penhall on the television series 21 Jump Street from 1987 to 1990. DeLuise also starred as Dagwood on the TV series SeaQuest 2032 from 1994 to 1996.

He has starred in several films including Hot Stuff, Free Ride, Solarbabies, Listen to Me, Children of the Night, Rescue Me, The Silence of the Hams, National Lampoon's Attack of the 5 Ft. 2 In. Women, Bloodsuckers, 21 Jump Street, and more. Peter DeLuise has also appeared in episodes of the TV series The Facts of Life, Diff'rent Strokes, 3rd Rock from the Sun, Supernatural, Stargate Universe, Sanctuary, and more. He directed more than 50 episodes of the TV series Stargate SG-1 from 1999 to 2007. Peter DeLuise won a Leo Award in 2016 for Best Direction in a Television Movie and was nominated for a Daytime Emmy Award, both for R.L. Stine's Monsterville: The Cabinet of Souls. He is the son of Dom DeLuise and Carol Arthur. 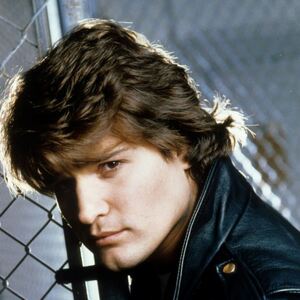