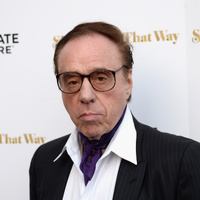 What was Peter Bogdanovich's net worth and salary?

Peter Bogdanovich was an American filmmaker, producer, director, actor, writer, and critic who had a net worth of $10 million at the time of his death. Peter died on January 6th of 2022 at the age of 82. Bogdanovich began his career as a film journalist, but he switched gears in the 60s and started working on various feature films. His first film, "Targets," was well-received, prompting him to release more movies like "The Last Picture Show." This second effort received no less than eight Academic Award nominations.

Throughout the 70s, Bogdanovich continued to release movies like "What's Up, Doc?" and "Paper Moon," both of which received widespread critical acclaim while generating considerable returns at the box office. Unfortunately, his next three films proved to be complete flops, causing him to step away from directing for three years. After this brief pause, he bounced back with films like "Saint Jack" and "They All Laughed." He took another hiatus after his girlfriend was murdered in the 80s.

Peter then returned with another critical and commercial hit in 1985, entitled "Mask." During the 90s, he directed films like "The Thing Called Love" and "Noises Off." During the 2000s, Bogdanovich released films such as "The Cat's Meow" and "She's Funny That Way." During this period, he also directed the Tom Petty documentary "Runnin' Down a Dream" and appeared in series like "The Sopranos." Outside of his work in film, Peter published over ten books. Many modern filmmakers have been heavily influenced by the work of Peter Bogdanovich, such as Quentin Tarantino, David Fincher, and Wes Anderson.

Peter Bogdanovich was born on July 30th of 1939 in Kingston, New York. He was raised in a family with Austrian Jewish and Serbian heritage, and his father was a pianist and a painter. Peter learned how to speak Serbian before English. Both of his parents were immigrants who had arrived in the United States just prior to Second World War. At a very early age, Bogdanovich became highly interested in films, and he wrote reviews of every single movie he saw on index cards. This was a habit he continued throughout his entire life. After graduating from New York City's Collegiate School in 1957, Peter studied acting at the Stella Adler Conservatory. Before he started his career as a director, Bogdanovich was a notable film critic who wrote for publications like "Esquire," "The Saturday Evening Post," and "Cahiers du Cinema." 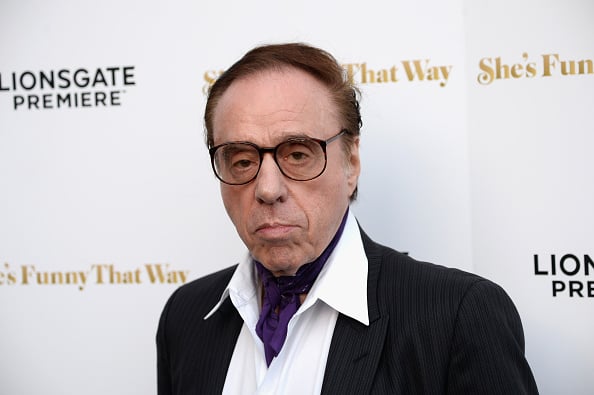 Bogdanovich's career truly began after he moved to Los Angeles. Following in the footsteps of various other critics who wrote for "Cahiers du Cinema," Peter attempted to make the jump to directing. Intent on networking with various figures in Hollywood, Bogdanovich attended a number of parties and movie premieres, eventually running into director Roger Corman. After an amicable conversation, Corman offered Peter a directing job on the film "Targets." Peter later stated that he learned more on the set of "Targets" than any other film.

Although this was a positive experience, Peter returned to journalism and interviewed figures like Orson Welles. This was the beginning of a lifelong friendship between the two figures. In 1970, he was commissioned to direct a documentary about John Ford. Peter was then highly influenced by Orson Welles' films when creating his own features. This resulted in the film "The Last Picture Show."

In 1972, he released the film "What's Up Doc?" This film also received positive reviews, as did "Paper Moon." "Films such as "Daisy Miller," "At Long Last," and "Nickelodeon" all flopped at the box office, however, and they also received negative reviews. After taking a break and reflecting on his mistake, he returned with the low-budget movie "Saint Jack." This movie received strong reviews but failed to make much of an impact at the box office.

In 1981, he released "They All Laughed" but soon reverted back to his writing career and won a Pulitzer Prize for a book about the murder of Playmate Dorothy Stratten, who was Peter's girlfriend at the time of her death. Another article accused Bogdanovich and Hugh Hefner of victimizing Stratten prior to her death and playing a role in her ex-husband's decision to kill her and himself. "When They All Laughed" proved to be a failure, Peter went bankrupt in 1985 and reported a monthly income of $75,000.

In 1990, he released "Texasville," which also proved to be a critical and box office failure. He then bounced back with "Mask," which proved to be much more successful. Throughout the 90s, Bogdanovich also directed films like "Illegally Yours," "Noises Off," and "The Thing Called Love." However, these films all failed to reach the same level of success as his earlier career, and he was forced to declare bankruptcy once again in 1997.

In 2001, he returned "The Cat's Meow." The movie received some positive reviews, but once again it failed to make an impact at the box office. He then turned to acting with a notable role in the hit series "The Sopranos." He also directed an episode of the series in the fifth season. Towards the end of his career, he became a teacher at the University of North Carolina School of the Arts. He then released his last major film, "She's Funny That Way."

On January 6th of 2022, Peter Bogdanovich passed away due to complications of Parkinson's disease. He was 82 years old, and he passed away in his Los Angeles home. Almost immediately after his passing, a number of entertainment icons honored his contributions and his legacy.