What was Penny Marshall's net worth and salary?

Penny Marshall was an American actress, television and film producer/director who had a net worth of $45 million at the time of her death in December 2018. Penny played several small television roles before landing the role that made her famous, that of Laverne DeFazio on the 70s sitcom "Laverne & Shirley" (opposite Cindy Williams who starred as Shirley Feeney). Penny appeared in all 178 of the show's episodes between 1976 and 1983. Penny's brother Garry Marshall was the creator and a writer of the show. Penny and Cindy portrayed single roommates who worked as bottle-cappers in a fictitious Milwaukee brewery called Shotz Brewery. These two characters were originally introduced in the wildly popular 70s sitcom, Happy Days.

Marshall progressed to directing and was involved in such blockbusters as "Big" and "A League of Their Own", both of which starred Tom Hanks. With the success of Big, Penny became the first female director to have a movie gross more than $100 million. Other films directed by Penny include "Jumpin' Jack Flash", "Renaissance Man" and "Riding in Cars with Boys."

Penny Marshall was born on October 15, 1943 in the Bronx, New York city. She was given the name Carole Penny Marshall by her mother, Marjorie, and father, Anthony. Her mother worked as a tap dance teacher and ran the Marjorie Marshall Dance School while her father was a producer and director of industrial films. She had two brothers – Ronny and Garry. The family was involved with religion but in a rather strange way, as Ronny was christened Episcopalian and Garry was Lutheran while Marshall was confirmed in a Congregational Church. Marshall later described the reason for this was their mother, who was constantly looking for places where she could possibly hold dance recitals.

Marshall began tap dancing at the age of three and also took classes at her mother's dance school. She attended Walton High School, a public girl's high school, and then attended the University of New Mexico where she studied math and psychology. While a student there, she became pregnant with her daughter, Tracy. She married the father, Michael Henry, in 1963 but then divorced three years later in 1966.

Following her divorce, Marshall moved to Los Angeles to pursue a career in Hollywood. Her first gig was in a Head and Shoulders shampoo commercial in which she was hired to play a plain girl with unattractive hair opposite of Farrah Fawcett, who was playing a pretty girl with beautiful hair.

In 1968, Marshall accepted a role in the film "How Sweet It Is," which was produced by her brother Garry, who also lived in Los Angeles. She then landed roles in "The Savage Seven" and "That Girl" before being offered a recurring role on the series "The Odd Couple," on which her brother was an executive producer. While on "The Odd Couple," Marshall also continued taking roles in other films and television series such as "Evil Roy Slade," "The Crooked Hearts," and "Paul Sand in Friends and Lovers." While "Paul Sand" was canceled mid-season, Marshall's performance drew positive reviews and studio executives at CBS hired Marshall to join the cast of "The Mary Tyler Moore Show." 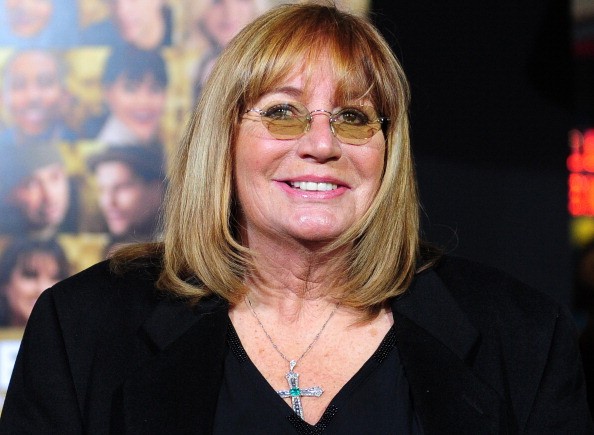 In 1975, Marshall was cast on an episode of "Happy Days" along with Cindy Williams. The two played the characters of Laverne DeFazio and Shirley Feeney. The pair played two sharp-witted brewery workers who went on dates with Fonzie and Richie on the show. The two were such a hit with the studio audience that Gerry Marshall decided to create a spinoff, which became "Laverne & Shirley." The two actresses appeared in five more episodes of "Happy Days" and then went on to star in eight successful seasons of their own show.

While working on "Laverne & Shirley," Marshall also decided to start pursuing a career in directing films, encouraged by her brother. She began be directing four episodes of "Laverne & Shirley" in addition to other television work. She directed a few episodes of the series "working Stiffs" and then moved on to films like "Peggy Sue Got Married" and "Jumpin' Jack Flash." Marshall has described her first years working as a director as stressful, saying she basically had to learn years' worth of material and knowledge in a very short amount of town. However, her hard work did pay off, as she began directing more and more popular and successful films from the mid-1980s onward.

In 1988, she directed Tom Hanks in the film "Big," which became the first film directed by a woman to gross over $100 million at the box office. She also directed Robin Williams and Robert De Niro in the 1990 film, "Awakenings." In 1992, she worked again with Tom Hanks, as well as Madonna, Geena Davis, and Rosie O'Donnell in "A League of Their Own." She directed "The Preacher's Wife" in 1996, starring Whitney Houston and Denzel Washington. Her work in the film industry was acknowledged when she won the 1991 Women in Film Crystal Award. She continued directing into the 2000s, working on two episodes of the Showtime series "United States of Tara" and a couple of episodes of "According to Jim."

Marshall's work, both as an actress and director, has been acknowledged at various award shows. She has received several Golden Globe nominations in the Best Performance in a Television Series category, was nominated for a Saturn Award for her directing work in "Big," and received the Lifetime Creative Achievement Award at the American Comedy Awards.

Five years after her divorce from first husband Michael, Marshall married actor and director Rob Reiner. Reiner adopted her daughter Tracy and the two remained married until 1981. In the mid 1980s, Marshall was briefly involved with singer Art Garfunkel. In 2010, Marshall announced that she had been diagnosed with lung cancer but fully recovered a couple of years later. She soon after published a memoir, "My Mother Was Nuts."

In December of 2018, Marshall died in Los Angeles of heart failure. A number of Hollywood figures, including former husband Rob Reiner and former co-workers Ron Howard and Cindy Williams, paid tribute to Marshall. She was interred at Forest Lawn Memorial Park in Hollywood Hills. Her headstone carries an emblazoned "L" to signify her Laverne character. 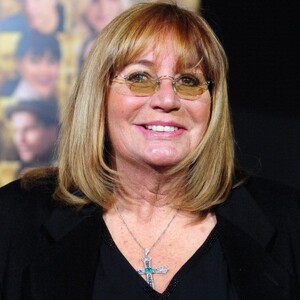