Penelope Spheeris net worth: Penelope Spheeris is an American film director, screenwriter, and producer who has a net worth of $5 million. Penelope Spheeris was born in New Orleans, Louisiana in December 1945. She is known for her documentary films and for directing the movie Wayne's World. She earned a Master of Fine Arts degree in Theater Arts from UCLA and started producing shorts for comedian Albert Brooks.

Spheeris has directed, wrote, and/or produced the films Uncle Tom's Fairy Tales, Naked Angels, Real Life, Suburbia, The Boys Next Door, Hollywood Vice Squad, Dudes, Summer Camp Nightmare, The Decline of Western Civilization Part II: The Metal Years, Thunder and Mud, Banned in the U.S.A., Wayne's World, The Beverly Hillbillies, The Little Rascals, Black Sheep, The Decline of Western Civilization Part III, Senseless, Hollyweird, We Sold Our Souls for Rock 'n Roll, The Kid & I, and Balls to the Wall. Spheeris has won 11 awards including the Freedom of Expression Award from the Sundance Film Festival and she has also been nominated for a Grammy Award for the Wayne's World music video for Queen's "Bohemian Rhapsody". 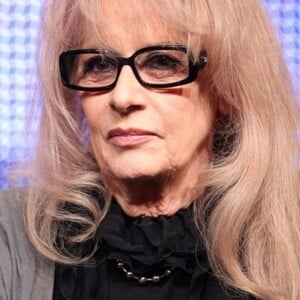