In 2001 Pedro was elected a Foreign Honorary Member of the American Academy of Arts and Sciences. He received an honorary doctoral degree from Harvard University in 2009. Pedro is openly gay and was honored in 2013 for his European achievement to world cinema at the European Film Awards. Almodovar has directed the films (English titles): Pepi, Luci, Bom, Labyrinth of Passion, Dark Habits, What Have I Done to Deserve This?, Matador, Law of Desire, Women on the Verge of a Nervous Breakdown, Tie Me Up! Tie Me Down!, High Heels, Kika, The Flower of My Secret, Live Flesh, All About My Mother, Talk to Her, Bad Education, Volver, Broken Embraces, The Skin I Live In, and I'm So Excited. Pedro won an Academy Award in 2003 for Best Writing, Original Screenplay. Penelope Cruz was nominated for an Oscar in her performance in his movie Volver. He turned down an offer to direct the movie Sister Act. 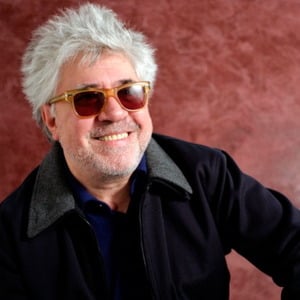