Paul Newman Net Worth: Paul Newman was an American actor, producer, director, philanthropist, and entrepreneur who had a worth of $80 million at the time of his death in 2008. Newman established himself as one of Hollywood's greatest leading men with roles in films like "Cool Hand Luke," "Butch Cassidy and the Sundance Kid," and "The Verdict." Newman was nominated for an Oscar ten times before winning the Academy Award for Best Actor in the mid-80s for "The Color of Money." Newman was also a well-established theatre actor who appeared in a number of Broadway productions.

Outside of acting, Paul was involved in a wide range of additional pursuits. He gained a reputation as a talented racecar driver, winning several championships in various competitions.

In his later years, Newman also established non-profit and charity organizations such as Newman's Own, the Safe Water Network, and the SeriousFun Children's Network. Newman's Own would go on to raise hundreds of millions of dollars for charity. In 2008, Paul passed away at the age of 83 after battling lung cancer for many months.

Early Life: Paul Leonard Newman was born on January 26th of 1925 in Shaker Heights, Ohio. Raised in a family with Jewish roots, Paul showed an interest in theatre from an early age. By the age of seven, he was performing in school plays. At the age of ten, he was performing at the Cleveland Play House. Over the next few years, Paul studied acting throughout his childhood before graduating from high school in 1943.

After briefly attending Ohio University, Newman served in the United States Navy during World War II. He served in the Pacific theater and was trained as a radioman and rear gunner. During his military career, Paul was stationed in Hawaii and trained replacement combat pilots. Eventually, he became a turret gunner in an Avenger torpedo bomber.

After the war, Newman continued his college education and earned a Bachelor of Arts degree in drama and economics at Kenyon College. After graduating in 1949, he toured with a number of theatre companies before attending the Yale School of Drama. Following this, he trained under Lee Strasberg at the Actors Studio in New York City.

Career: After arriving in New York City, Newman made his Broadway debut with the original production of "Picnic" in 1953. During this period, he also made his television debut with "Tales of Tomorrow." In 1954, he participated in the box office flop "The Silver Chalice" before starring in the film "Our Town" alongside Frank Sinatra and Eva Marie Saint. His film career continued with "Somebody Up There Likes Me," "Cat on a Hot Tin Roof," and "The Long, Hot Summer."

In the 60s, Paul started to land central roles in major films with greater frequency. During this period, he gained critical acclaim for roles in movies like "The Hustler," "Cool Hand Luke," and "The Towering Inferno." One particularly famous film during this period was "Butch Cassidy and the Sundance Kid."

In the eighties, Newman continued to star in notable films such as "The Verdict" and "The Color of Money." In the latter film, Paul reprised his earlier role in the film "The Hustler" and won an Academy Award. During the 2000s, Newman returned to Broadway with an appearance in "Our Town." His last film role was in the movie "Road to Perdition." His last TV role was in the 2005 HBO mini-series "Empire Falls." In 2006, he provided the voice for Doc Hudson in the animated film "Cars." Paul Newman officially retired from acting in 2007, shortly before his passing. 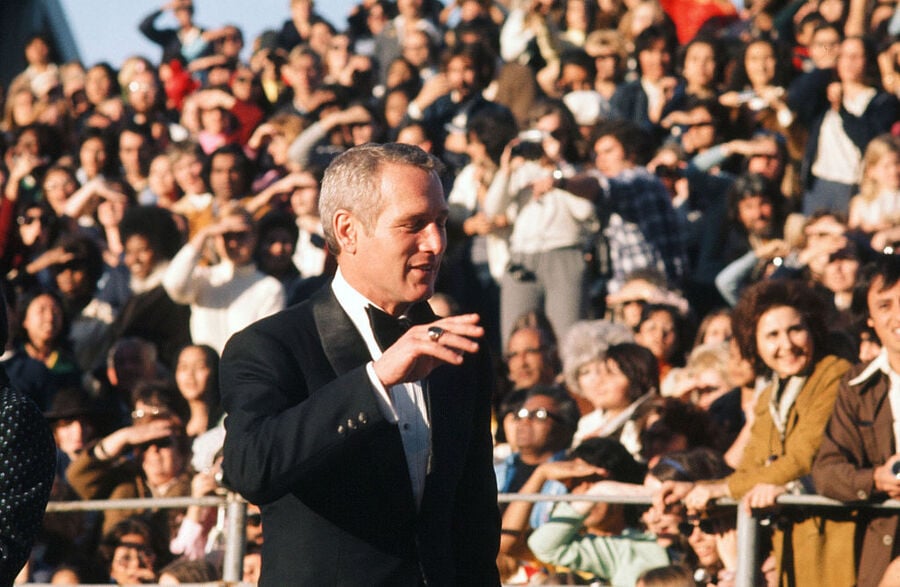 Motorsports Career: After appearing in the 1969 film "Winning," Newman developed a passion for motorsports. His first professional event was in 1972 at the Thompson International Speedway. Over the next few years, he became well known for competing in Sports Car Club of America events. He won four national championships during this period. A high point came in 1979 when he drove a Porsche 935 at the 24 Hours of Le Mans and finished in second place.

From the mid-70s to the early 90s, Paul Newman was part of the Bob Sharp Racing team and competed in the Trans-Am Series. He was still racing at the age of 70, and his team was winning events such as the 24 Hours of Daytona. His last major races were the Baja 1000 and the 24 Hours of Daytona in 2005. He was also famous for the Newman Freeman Racing team, which was very competitive in the Can-Am series, during which Newman raced in Spyder NFs. In 2009, Newman was posthumously inducted into the Sports Car Club of America Hall of Fame.

Relationships: Newman's first wife was Jackie Witte. After marrying in 1949, the pair had three children before separating in 1958. Paul divorced Jackie to marry Joanne Woodward, who he had met five years earlier during the production of a Broadway play. After marrying in 1958, Paul and Joanne had three children and raised them in Westport, Connecticut. Newman and Woodward remained married until Paul's death in 2008.

Passing: Paul Newman died on September 26th of 2008. He had been fighting lung cancer for over a year, although this information wasn't released until Newman had almost passed away. His lung cancer has been attributed to his smoking habit, even though Paul quit in 1986.

Newman's Own: In his later years, Newman founded an organic food company, Newman's Own. All post-tax profits go to charity, and as of 2019, the company has donated over $550 million to various charities. Initially, the brand sold pasta sauces, lemonade, and salsa before expanding to other products.

Rolex Auction: In 2017, a Rolex wristwatch once owned by Paul Newman sold for $18 million at an auction. It was expected to sell for just $1 million. Some of the proceeds went towards the Newman's Own organization. This was a record-breaking auction sale for a wristwatch. 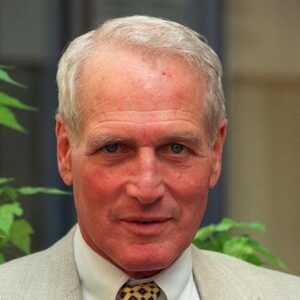