How much is Paul Haggis Worth?

Paul Haggis Net Worth: Paul Haggis is a Canadian writer, director, and producer who has a net worth of $60 million. Paul Haggis was born in 1953 in London, Ontario, Canada, and studied cinematography at Fanshawe College in Ontario. His show business career began as a writer and he worked on various shows, including "The Facts of Life", "The Love Boat", and "One Day at a Time". Haggis' later TV work includes programs such as "Walker, Texas Ranger", "The Tracey Ullman Show", and "Due South". His first major hit in the film industry came with 2004's "Million Dollar Baby", which Haggis wrote and produced. The movie, starring Clint Eastwood, Hilary Swank, and Morgan Freeman, won four Academy Awards, including the Oscar for Best Picture. Haggis followed "Million Dollar Baby" with 2004's "Crash". He wrote and directed the movie, which also won the Oscar for Best Picture and Best Writing, among several other Academy Award nominations. He made movie history as the only person who has ever written back-to-back Best Picture winners at the Academy Awards. He has since worked on the scripts for "Casino Royale", "Quantum of Solace", "Terminator Salvation", and "The Next Three Days". Haggis won several Emmy Awards for "thirtysomething" in the late '80s. He publicly split from the Church of Scientology after more than three decades of membership after a local branch of the church endorsed California's Proposition 8. Haggis defected and was featured in an article in "The New Yorker" chronicling his experience in the church and his allegations against it. He founded his own non-profit organization, Artists for Peace and Justice, which works with Haiti's poor communities. 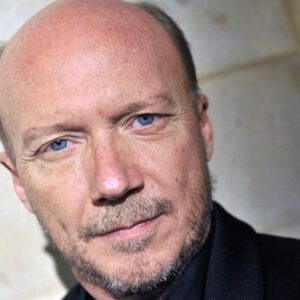