Patty Jenkins Net Worth and Salary: Patty Jenkins is an American film director and writer who has a net worth of $25 million dollars. Patty has been active in the entertainment industry for decades, but is probably best-known for directing 2017's "Wonder Woman" and 2020's "Wonder Woman 1984. Jenkins was paid $1 million for the first installment, which went on to earn $820 million worldwide. For the sequel, her salary was bumped to $9 million.

Patricia Lea Jenkins was born in 1971 in Victorville, California at the George Air Force Base. Jenkins studied at the American Film Institute Conservatory and earned her degree from The Cooper Union for the Advancement of Science and Art during the early '90s. Jenkins is credited as a writer on three works: 2001's "Velocity Rules" and "Just Drive", and 2003's "Monster". She directed all three films. Jenkins' other directorial work includes an episode of "Arrested Development", two episodes of "Entourage", two episodes of "The Killing", and "Five" and "Betrayal". Jenkins was nominated for an Emmy Award for Outstanding Directing for a Drama Series for the pilot episode of "The Killing". She earned nods at the 2012 DGA Awards for Outstanding Directorial Achievement in Dramatic Series for "The Killing" and Outstanding Directorial Achievement in Movies for Television/Mini-Series for "Five". Jenkins finally won a 2012 DGA Award for the pilot of "The Killing". Jenkins delivered a lecture on "Monster" at the University of Kansas.

She married writer Sam Sheridan in 2007. He is the author of "A Fighter's Heart" and "The Fighter's Mind". She has one son. 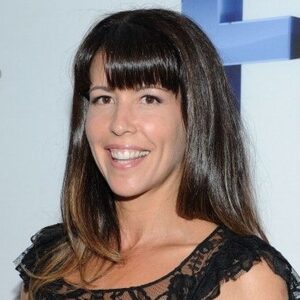