Paris Barclay net worth and salary: Paris Barclay is an American director and producer who has a net worth of $10 million dollars. He is an especially prolific director in the television world. Paris Barclay was born in Chicago Heights, Illinois, and went on to graduate from Harvard University. While at Harvard, he was quite active with student theater productions and also wrote 16 musicals.

After graduating, he worked as a creative director and copywriter, before launching his own production company called, Black & White Television. He first made a name for himself directing music videos for such artists as Bob Dylan, New Kids on the Block, Janet Jackson, Luther Vandross, Extreme, Harry Connick, Jr., and LL Cool J. His music video work led to directing and producing work for film and television. He has since directed and/or produced such projects as "Don't Be a Menace to South Central While Drinking Your Juice in the Hood", "The Cherokee Kid", "ER", "NYPD Blue", "City of Angels", "The West Wing", "Huff", "Law & Order", "Lost", "Weeds", "The Good Wife", "Sons of Anarchy", "The Mentalist", and "Glee", among many, many others. He has been nominated for multiple Emmy Awards and is currently the President of the Directors Guild of America. 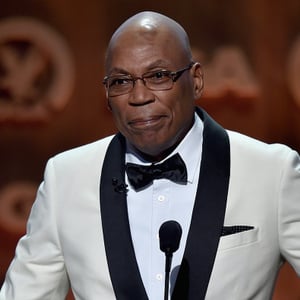