Orson Welles Net Worth: Orson Welles was an American actor, director, writer, and producer who had a net worth of $20 million. George Orson Welles was born in Kenosha, Wisconsin in May 1915 and passed away in October 1985. Welles worked in film, radio, and theater. Some of his best known works were the Broadway production Caesar in 1937, the debut of the Mercury Theatre which featured one of the most famous radio broadcasts The War of the Worlds in 1938, and one of the most popular films of all time, 1941's Citizen Kane.

He became well known for his radio broadcast adaptation of the H.G. Wells novel The War of the Worlds. The broadcast caused widespread panic that aliens were invading the Earth. Wells starred as Charles Foster Kane, as well as co-wrote, directed, and produced Citizen Kane. He was voted the greatest film director of all time in 2002 in two British Film Institute polls of critics and directors. Welles won an Oscar in 1942 for Citizen Kane and won an Honorary Award for the Academy Award sin 1971. He also won three Grammy Awards for Best Spoken Word Recording. In 1975 he was given the American Film Institute Lifetime Achievement Award. Orson was married three times and had four children. Orson Welles passed away on October 10, 1985 from a heart attack at 70 years old. 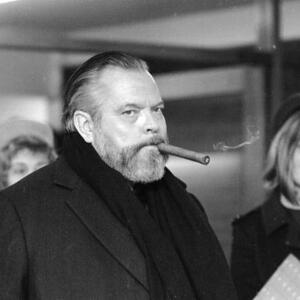