What is Oliver Stone's Net Worth?

Oliver Stone is an American film director, screenwriter, producer, and military veteran who has a net worth of $70 million. Stone came into prominence between the mid-1980s and the early '90s for writing and directing a series of films about the Vietnam War, in which he had also participated as an infantry soldier.

Many of Stone's films focus on controversial American political and cultural issues during the late 20th century, often combining different camera and film formats within a single scene—as evidenced in "JFK" (1991), "Natural Born Killers" (1994), and "Nixon" (1995). British newspaper "The Guardian" described Stone as "one of the few committed men of the left working in mainstream American cinema." Oliver has won more than 50 awards for his work, including three Academy Awards. Stone has also made several documentaries and has produced numerous television shows. He published his memoir, "Chasing the Light: Writing, Directing, and Surviving Platoon, Midnight Express, Scarface, Salvador, and the Movie Game," in 2020.

Oliver Stone was born William Oliver Stone on September 15, 1946, in New York City, New York. He is the only child of Jacqueline and Louis (a stockbroker), who raised him in Manhattan and Stamford, Connecticut. Oliver attended NYC's Trinity School, and his parents later sent him to The Hill School in Pennsylvania and divorced in 1962 while he was away. He visited his maternal grandparents in France during summer vacations and worked at the Paris mercantile exchange at age 17. In 1964, Stone graduated from The Hill School, and though he got into Yale University, he dropped out in June 1965 to teach English to high school students at South Vietnam's Free Pacific Institute.

In 1966, Oliver briefly worked as a wiper on a U.S. Merchant Marine ship, and the following year, he enlisted in the U.S. Army, requesting combat duty in Vietnam. He served from September 1967 through November 1968 with the 25th Infantry Division, then with the First Cavalry Division, earning a Bronze Star with "V" Device for heroism in ground combat. Stone was wounded twice and received a Purple Heart with an Oak Leaf Cluster. He also received the Air Medal for participating in more than 25 helicopter combat assaults as well as the Army Commendation Medal. After his military service ended, Oliver attended New York University, graduating in 1971 with a Bachelor of Fine Arts degree. 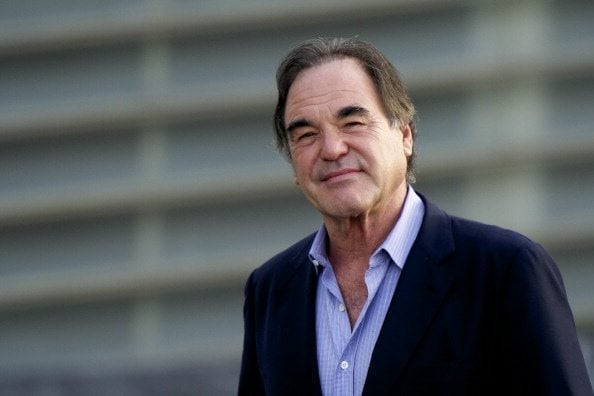 In 1994, Oliver directed "Natural Born Killers," which was based on a Quentin Tarantino screenplay that was rewritten by Stone, David Veloz, and Richard Rutowski. He then wrote and directed 1995's "Nixon," 1997's "U Turn," and 1999's "Any Given Sunday." Oliver's next directorial effort was the 2004 epic "Alexander," which he also wrote and appeared in as a Macedonian soldier (uncredited). He also directed 2006's 9/11 drama "World Trade Center" and the 2008 George W. Bush biopic "W." In 2010, Stone directed "Wall Street: Money Never Sleeps," then wrote and directed 2012's "Savages" and 2016's "Snowden." He has also produced several of his films, including "Born on the Fourth of July," "JFK," and "Nixon." Though Stone is primarily known for his films, he has been involved with numerous television products, writing and directing Showtime's "The Untold History of the United States" (2012-2013) and "The Putin Interviews" (2017) as well as two episodes of HBO's "America Undercover" (2003-2004).

Oliver married Najwa Sarkis on May 22, 1971, and they divorced six years later. He wed Elizabeth Burkit Cox on June 7, 1981, and they welcomed sons Sean and Michael in 1984 and 1991, respectively. The couple divorced in 1993, and Stone went on to marry Sun-jung Jung on January 16, 1996. They have a daughter, Tara, who was born in 1995. Oliver was arrested on drug and alcohol charges in 1999 and agreed to seek treatment at a rehabilitation center. He was arrested on drug charges again in 2005; after pleading no contest, he was ordered to pay a $100 fine. In 2017, Carrie Stevens, a former Playboy model, alleged that Stone grabbed her breast at a party in 1991; actresses Melissa Gilbert and Patricia Arquette later said that they had experienced inappropriate treatment from Oliver as well. 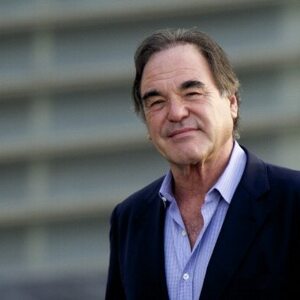