Neil LaBute Net Worth: Neil LaBute is an American director and writer who has a net worth of $4 million. Born in 1963 in Detroit, Michigan, Neil LaBute studied theater at Brigham Young University, where he became friends with actor Aaron Eckhart. While in school, LaBute wrote a handful of plays, some of which were too controversial for the strict religious atmosphere at BYU.

Several were shut down immediately following their premieres. He also studied at NYU, the University of Kansas, and the Royal Academy of London. LaBute's 1993 play, "In the Company of Men", premiered at BYU after his graduation, and he soon began teaching at Indiana's IPFW while turning the play into a movie. It was shown at several festivals, winning the Filmmakers Trophy at Sundance. His follow-up, "Bash: Latter-Day Plays", starred Calista Flockhart, and led to LaBute's formal banishment from the LDS Church. He wrote and directed "The Shape of Things" in 2001 and cast Paul Rudd and Rachel Weisz as the stars; that play was turned into a movie. He also crafted "The Mercy Seat", which focuses on the 9/11 terrorist attacks, and "reasons to be pretty". That play earned three Tony Award nominations, including Best Play. LaBute's other credits include "Nurse Betty", "Lakeview Terrace", "Death at a Funeral", "Some Velvet Morning", and "Dirty Weekend". He won a 2013 American Academy of Arts and letters' Arts and Letters Award in Literature. 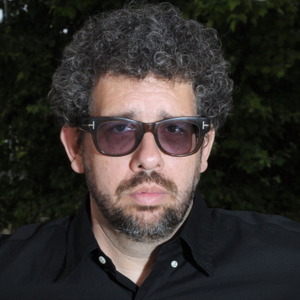