What was Mike Nichols' Net Worth and Salary?

Mike Nichols was a German-born American television, stage and film director, writer, producer and comedian who had a net worth of $100 million. Mike Nichols began his career in the 1950s in improv comedy, and went on to have a popular comedy act with Elaine May called Nichols and May. In the 60s, he began directing plays and films. Among Nichols' film credits are "Who's Afraid of Virginia Woolf?," "Silkwood," "Working Girl," "Closer," and "The Graduate," the lattermost of which earned him an Academy Award for Best Director.

Mike is one of a very small group of accomplished people who have won an Emmy, Grammy, Oscar, and Tony Award. That is also known as an EGOT, as popularized by the sitcom 30 Rock.

Mike was honored at the Lincoln Center Gala Tribute in 1999, the Kennedy Center Honors in 2003, and the AFI Life Achievement Award in 2010.

He was been married to Diane Sawyer from 1988 until his death in 2014. Mike Nichols died on November 20, 2014 after suffering from cardiac arrest. He was 83 years old.

Mike Nichols was born as Igor Mikhail Peschkowsky on November 6, 1931 in Berlin, Germany to Brigitte and Pavel. He was of Russian-Jewish and German-Jewish descent, and had a younger brother named Robert. When the Nazis began arresting Jewish people in Berlin in 1939, Nichols and his brother were sent by themselves to the United States, where they joined their refugee father; their mother came a little later. The family subsequently moved to New York City. Becoming a naturalized citizen of the US, Nichols went to PS 87 in Manhattan, and then to the Walden School. For his higher education, Nichols briefly attended New York University, and then enrolled in pre-med at the University of Chicago.

In Chicago, Nichols became an announcer on the classical music radio station WFMT. He also created a folk music program for the channel entitled "The Midnight Special," which ran on Saturday nights. After hosting the show for two years, he moved back to New York City to study method acting under Lee Strasberg. However, unable to find stage work, he returned to Chicago and accepted an offer to join the Compass Players, an improv comedy group that preceded Chicago's Second City.

While working with the Compass Players in Chicago, Nichols started doing improv routines with comedian and actress Elaine May, leading to the creation of the comedy duo Nichols and May in 1958. Together, the pair performed live comedy acts and released their routines on record. In 1960, Nichols and May opened the Broadway production "An Evening with Mike Nichols and Elaine May"; its LP recording went on to win the Grammy Award for Best Comedy Album. Soon, however, interpersonal tensions drove Nichols and May their separate ways. They reunited later.

Following his initial split with May, Nichols traveled to Vancouver, British Columbia to direct a theatrical production of "The Importance of Being Earnest." In 1963, he had his breakthrough as a theater director with a production of Neil Simon's "Barefoot in the Park," which became a major hit and earned him a Tony Award for Best Director. Nichols went on to direct a string of successful Broadway plays, starting with "Luv" and "The Odd Couple," which won him another Tony Award. Overall, Nichols received 16 Tony nominations over the course of his career, winning eight times. His other Tonys came for "Plaza Suite," "The Prisoner of Second Avenue," "Annie," "The Real Thing," "Monty Python's Spamalot," and "Death of a Salesman." Nichols' other theater credits included "The Real Thing," "Hurlyburly," "Social Security," and "Waiting for Godot." 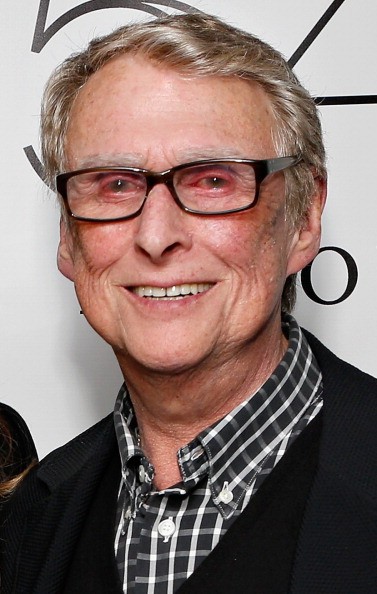 On the big screen, Nichols had his breakthrough in 1966 with his very first film as director: an adaptation of Edward Albee's play "Who's Afraid of Virginia Woolf?" Starring Elizabeth Taylor, Richard Burton, Sandy Dennis, and George Segal, the film was groundbreaking for its sexually frank and often explicit subject matter. A huge critical success, it won five Academy Awards. Nichols had an even bigger hit the following year with "The Graduate," starring Dustin Hoffman and Anne Bancroft. The highest-grossing film of the year, it won Nichols an Academy Award for Best Director.

In the 70s, Nichols directed the black comedy war film "Catch-22," based on the Joseph Heller novel; the dramedy "Carnal Knowledge"; the science-fiction thriller "The Day of the Dolphin"; and the black comedy "The Fortune." He began the next decade with "Gilda Live," a documentary about Gilda Radner. Nichols had a number of subsequent hits in the 80s, starting with the acclaimed biographical drama "Silkwood," starring Cher and Meryl Streep. He reunited with Streep a few years later for "Heartburn." Nichols closed out the decade with "Biloxi Blues" and "Working Girl," the latter of which earned him his second Academy Award nomination for Best Director. His other notable film directing credits include "Postcards from the Edge," "Regarding Henry," "The Birdcage," "Primary Colors," and "Closer." His final film, "Charlie Wilson's War," was released in 2007.

For the small screen, Nichols directed highly acclaimed adaptations of the Pulitzer Prize-winning plays "Wit" and "Angels in America," both of which won him Emmy Awards. He also directed an HBO film adaptation of Terrence McNally's play "Master Class." Nichols is one of the few entertainers to have completed the EGOT, winning an Emmy, Grammy, Oscar, and Tony.

Nichols was married a total of four times. His first marriage was in 1957 to Patricia Scott, whom he divorced in 1960. Three years after that, he wed Margot Callas; they had a daughter named Daisy and divorced in 1974. Nichols was subsequently married to Annabel Davis-Goff from 1975 to 1986. The pair had two children named Max and Jenny. Finally, Nichols wed television broadcast journalist Diane Sawyer in 1988.

Two weeks after turning 83 in 2014, Nichols passed away from a heart attack at his residence in Manhattan. A couple years later, the documentaries "Mike Nichols: American Masters" and "Becoming Mike Nichols" aired on television in his honor. 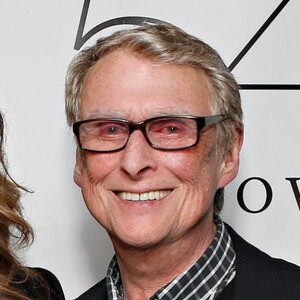