Mike Newell Net Worth: Mike Newell is an English director and producer who has a net worth of $15 million. Born in 1942 in St. Albans, Hertfordshire, England, Mike Newell studied at Cambridge University. He planned to become a theatre actor when he first began directing TV programs during the '60s.

Newell first directed 1977's TV film "The Man in the Iron Mask" with Richard Chamberlain and Patrick McGoohan. He followed that up with 1980's "The Awakening" and 1981's "Bad Blood" before directing 1985's "Dance with a Stranger", which earned critical acclaim. He won a Cannes Film Festival award for the movie. Newell went on to work on "The Good Father", "Amazing Grace and Chuck", "Soursweet", "Enchanted April", and "Into the West" before directing 1994's hit film "Four Weddings and a Funeral". He won Best Foreign Film at the Cesar Awards and a handful of awards, including Best Director, at the London Critics Circle Film Awards. He has since worked on "Donnie Brasco", "Pushing Tin", "Mona Lisa Smile", "Love in the Time of Cholera", "Prince of Persia: The Sands of Time", "Great Expectations", and "Reykjavik". In 2005, he became the first British director in the "Harry Potter" film franchise with "Harry Potter and the Goblet of Fire". 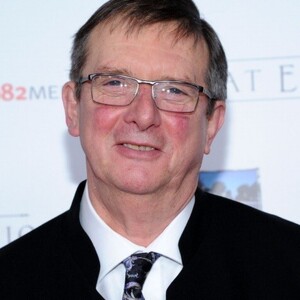