What is Michael Moore's Net Worth and Salary?

Early Life: Michael Francis Moore was born on April 23rd of 1954 just outside of Flint, Michigan. Raised as a Catholic in nearby Davison by working-class parents, Michael became passionate about debate and drama while attending high school. He was also an active boy scout and reached the rank of Eagle Scout.

Career: Moore started his career as a journalist, dropping out of university to found a successful newspaper at age 22. He later moved to California to work for Mother Jones, a liberal political magazine. However, he was fired after just four months after refusing to print an article. He accused the magazine of wrongful dismissal and settled out of court for $58,000.

Moore used this money to fund his first film, Roger & Me. The film focused on the closure of GM factories in Flint and its effect on the town. Moore made a brief foray into feature (non-documentary) films with Canadian Bacon, but soon gained widespread recognition after releasing Bowling for Columbine in 2002. The iconic documentary examined the infamous school shooting at Columbine High School and explored possible factors that led to the massacre.

Fahrenheit 911 followed in 2004, and this documentary focused on the aftermath of the 9/11 terror attacks and the alleged connection between the Bushes and the Bin Laden family. Moore's 2007 documentary Sicko was critical of the American healthcare system, while 2009's Capitalism: A Love Story was his commentary on the 2008 financial crisis. Where to Invade Next was released in 2015, and it highlighted the socialist, progressive policies of various nations. In contrast to his many of his earlier documentaries, Fahrenheit 11/9 didn't fare well at the box office, and the 2018 film was essentially an ill-received critique of Donald Trump.

Moore also served as executive producer for the film Planet of the Humans, which became available for free viewing on YouTube in 2019. The film questioned whether mainstream efforts to fight climate change are actually harmful and unproductive. Moore seemed to suggest that these efforts, such as renewable energy sources, have plenty of hidden downsides and do not address the root of the problem. Moore received criticism as a result, as many claimed he was undermining the efforts of climate change activists. 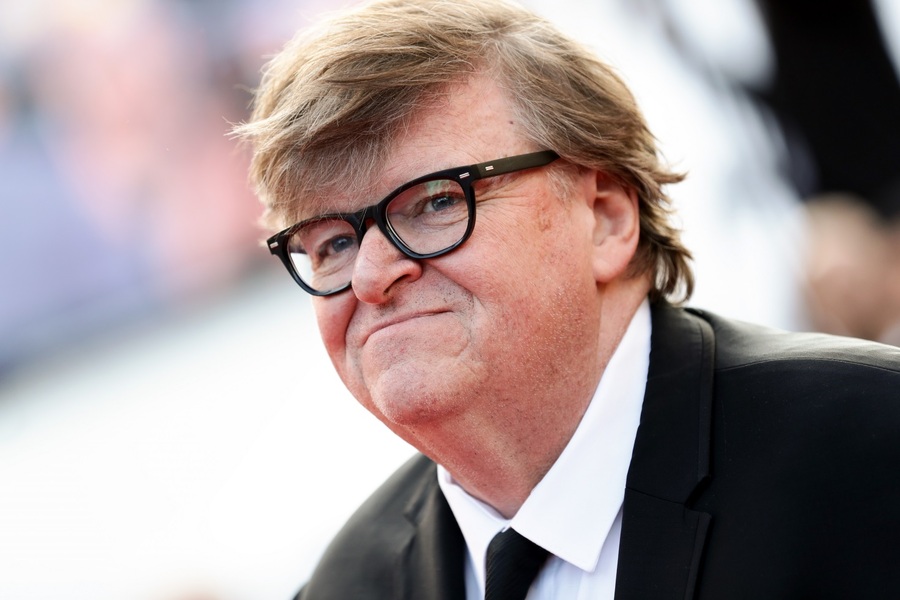 Relationships: In 1991, Michael Moore married a film producer named Kathleen Glynn. By 2014, their divorce was finalized.

Film Earnings: Moore partly financed Roger & Me by holding neighborhood bingo nights around his hometown of Flint, Michigan. He eventually sold the documentary to Warner Brothers for $3 million. Moore's three biggest movies, Bowling For Columbine, Fahrenheit 911, and Capitalism: A Love Story have cumulatively earned over $300 million at the box office to date. Fahrenheit 911 set the record for the highest-grossing documentary of all time when it earned $230 million in theaters worldwide. Fahrenheit 911 eventually earned an additional $3 million from DVD sales.

But how much of that money goes into Michael Moore's pockets? Prior to the release of Fahrenheit 911, Michael signed a deal with the distributor that entitled him to 27% of his film's net revenues.

With Fahrenheit 911, roughly $130 million in revenue remained after the theaters took their standard 50% cut of box office receipts. Factoring in marketing, production, and distribution expenses, Miramax and Moore were left with an estimated $80 million payday. Moore's 27% cut would eventually work out to roughly $21.6 million – and that's just for Fahrenheit 911.

Additionally, Moore received 50% of the profits for Sicko, which led to a $17 million payday for the veteran documentary filmmaker. Moore also received a reported $1 million advance for the book Dude, Where's My Country? It's worth noting that Moore is a prolific writer, and book sales are a significant supplement to his film income. Many of his books have made the New York Times Bestseller's List.

Real Estate: When Michael Moore began divorce proceedings with his wife in 2013, court documents fully revealed the extent of his wealth as the pair argued over issues ranging from unsanctioned renovations to excessive spending. Michael accused Glynn of causing serious financial losses due to her spending habits, and conversations in the courtroom soon steered towards real estate.

The public documents revealed that Michael Moore was sitting on a veritable real estate empire that comprised of at least 9 different properties. Among these is a massive mansion in Torch Lake, Michigan, and a Manhattan Condo that was previously three separate apartments before extensive renovations combined them into one property. Moore listed his 11,000-square-foot Torch Lake lakehouse in 2011 for $5.2 million. The property sits on 3.65 acres and features a separate guesthouse.

Many accused Michael Moore of being hypocritical after news of his real estate portfolio went public. After all, Michael Moore built his entire career on criticizing the 1%, and it seemed as though in spite of his everyman appeal, he was living a lavish lifestyle that many can only dream of. This could be a case of "having your cake and eating it too."

In response, Michael Moore stated that his Michigan lakehouse was "not a vacation home," as had previously been reported. However, the court documents seemed to suggest that Moore split his time between New York and Detroit, with little mention of Michigan as a full-time home.

Based on the assumption that the lakehouse is simply a "getaway," many have speculated the cumulative worth of Moore's real estate portfolio (including 8 other properties) must be staggering. During the court proceedings, Moore also blamed his wife for adding a sizable extension to the lakehouse while accusing her of mismanaging their collective finances.

Moore's neighbors in Michigan were well aware of the drama surrounding the divorce, and various publications reached out to them for comment. Many Torch Lake residents nearby Moore's gargantuan mansion wondered why someone like him would choose to live in a conservative, predominantly white neighborhood – especially given his political stance and long history of comments about "rich, angry, old white men." 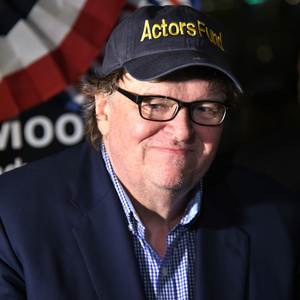