Melanie Mayron net worth: Melanie Mayron is an American actress and director who has a net worth of $10 million. Melanie Mayron was born in Philadelphia, Pennsylvania in October 1952. She is best known for starring as Melissa Steadman on the television series Thirtysomething from 1987 to 1991. Mayron has starred as Marlene Donaldson in the TV series Jane the Virgin since 2016.

She has starred in the films Harry and Tonto, Gable and Lombard, Car Wash, The Great Smokey Roadblock, You Light Up My Life, Girlfriends, Heartbeeps, Missing, The Boss' Wife, Sticky Fingers, Checking Out, My Blue Heaven, Drop Zone, and more. Mayron won a Primetime Emmy Award for Outstanding Supporting Actress in a Drama Series for Thirtysomething in 1989. She has directed episodes of several TV series including Thirtysomething, Nash Bridges, New York Undercover, Arli$$, Tell Me You Love Me, In Treatment, The Naked Brothers Band, Greek, Drop Dead Diva, Easy to Assemble, Army Wives, The Fosters, Chasing Life, Switched at Birth, Pretty Little Liars, and Jane the Virgin. 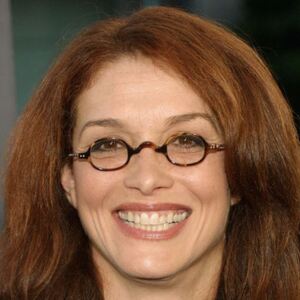