Consequently, he became deeply involved in the arts and that's where he started putting all his time and effort. It paid off-today he is known for working with some of the biggest recording artists, such as Smashmouth, and won Billboard's Pop Video of the Year in 1997 for their video, Walking In The Sun. He has also worked with the popular band Sugar Ray, where he won Pop Video of the Year from the Music Video Production Association for Sugar Ray's, Fly video, a song he also had a hand in co-writing. He directed some of the top-earning movies in Hollywood including Charlie's Angels: Full Throttle. McG also owns a production company, Wonderland Sound and Vision, founded in 2001, which has overseen the production of the films and television shows he has worked on since Charlie's Angels: Full Throttle. His company Wonderland Sound & Vision sold three pilots for the 09–10 season: Thunder Road, a reality show described as an automobile version of Wipeout, for CBS; Limelight, a contemporary version of Fame based on the life of Pharrell Williams, who was also executive producing, for ABC; and Human Target, loosely based on the comic book of the same name-about a bodyguard-for Fox. Only the latter ended up airing on network TV, however, debuting on January 17, 2010, and ending after two seasons. That same year, The CW gave a series order to Nikita, a remake of La Femme Nikita. On December 11, 2008, he was awarded the Kodak filmmaker of the year by CineAsia and on October 2011, McG was set to direct Puzzle Palace for the Summit Entertainment.

His brother died of a cocaine overdose in 2007, a tragedy he says has kept him grounded as it serves to remind him not to take life for granted. 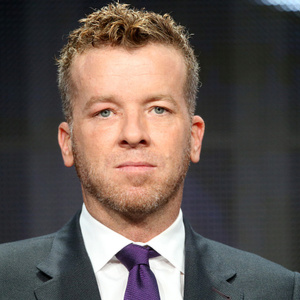