Max Landis net worth and salary: Max Landis is an American screenwriter, producer and director who has a net worth of $6 million. Max Landis was born in Beverly Hills, California in August 1985. Landis started writing at 16 and has written over 75 screenplays. At 18 he sold his fir script which he collaborated with his father, legendary director/producer John Landis. While attending the University of Miami he wrote and sold a number of spec-scripts. His first breakthrough came when he wrote the screenplay for what would become the 2012 movie Chronicle which generated $126 million at the box office. Max Landis has written the shorts Dupe, Tumbler, Ghost Closet '07, The Death and Return of Superman, and Jane LA. He has also written episodes for the TV series Masters of Horror and Fear Itself. As an actor he appeared in the movies The Stupids, Blues Brothers 2000, and Burke and Hare. Landis also wrote the 2015 films Victor Frankenstein, America Ultra, Me Him Her, and Mr. Right. In February 2015 he directed the Ariana Grande music video "One Last Time" and the online film Wrestling Isn't Wrestling. One of his most notable projects was writing the screenplay for Netflix's 2017 movie "Bright" which starred Will Smith. Max also served as executive producer.

Sexual Assault Allegations: Over the years there have been whispers of sexual and relationship abuse stories allegedly involving Max Landis. At one point an expose was set to print in The Hollywood Reporter but was spiked at the last minute. In June 2019 The Daily Beast published their version of an expose on Max's alleged pattern of abusive behavior towards women. 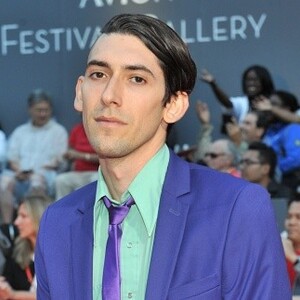