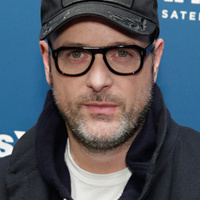 Matthew Vaughn net worth and salary: Matthew Vaughn is an English director who has a net worth of $30 million. Matthew Vaughn has made a handful of movies, ranging from cult classics to studio blockbusters. After working as a producer, Vaughn's directorial career began in 2004 with the British gangster thriller Layer Cake, starring Daniel Craig. From there, Vaughn was hired to direct the highly anticipated sequel to X2, but dropped out, very nearly at the last minute. After that, he directed the children's fantasy film Stardust and the superhero action spoof Kick-Ass, showing that he is a versatile director who can tackle a variety of genres (one of the best ways to stand out as a filmmaker in Hollywood). Most recently, Vaughn got the chance for a do-over on an X-Men movie with the critical and audience hit X-Men: First Class. The movie showed unprecedented levels of visual acuity for Vaughn, who treated the 60s comic book visuals with style and class. It's not known what Vaughn's next project will be, but one thing is known: That it will be a treat for mass audiences, serious film fans, and critics alike. Vaughn has been married to fashion model Claudia Schiffer since 2002.