From there he started directing episodes of the TV shows Shoestring, Minder, The Professionals, Bergerac, and Muck and Brass. Campbell then directed the mini-series Reilly: Ace of Spies, Charlie, and Edge of Darkness. He returned to film in 1988 directing Criminal Law and then Defenseless in 1991. In 1994 he directed No Escape and then in 1995 the James Bond film GoldenEye. Martin directed The Mask of Zorro in 1998 and Vertical Limit in 2000. He directed The Legend of Zorro in 2005 and another James Bond film Casino Royale in 2006. In 2010 he directed Edge of Darkness and in 2011 Green Lantern. Campbell won a BAFTA TV Award for Edge of Darkness in 1986. He won a Mystfest Award in 1989 and a Britannia Award in 2007 for Artistic Excellence in Directing. He appeared in both of his Bond films as an uncredited extra. 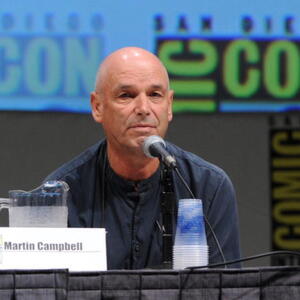