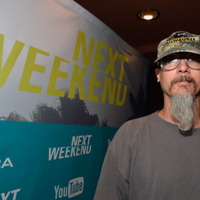 Mark Borchardt net worth: Mark Borchardt is an American actor and independent filmmaker who has a net worth of $500 thousand. Mark Borchardt was born in Menomonee Falls, Wisconsin in August 1966. Borchardt was the subject of the 1999 documentary American Movie: The Making of Northwestern which followed him writing, editing, and shooting his horror short film Coven which was released in 2000. At eight years old Mark started making movies with a super-8 camera. After Coven Borchardt starred in the films The One, Britney, Baby, One More Time, The Godfather of Green Bay, The Devil's Muse, Tapioca, Modus Operandi, Cabin Fever 2: Spring Fever, Unholy Reunion, Living Arrangements, Dozers, The Amateur Monster Movie, The Hagstone Demon, Heavy Hands, and Hamlet A.D.D. He has also appeared multiple times on Late Show with David Letterman. Borchardt will star in the upcoming movie Scare Me which he also wrote, directed, produced, and edited.