Mario Sorrenti Net Worth: Mario Sorrenti is an Italian-American photographer and director who has a net worth of $5 million. Mario Sorrenti was born in Naples, Italy in October 1971. His family moved to New York City when he was 10 years old and he still lives there. Sorrenti is best known for his nude model spreads in the magazines Vogue and Harper's Bazaar.

He has had exhibitions in London at the Victoria and Albert Museum, Paris, New York's Museum of Modern Art, and Monaco. Mario directed commercials for Calvin Klein and photographed Kate Moss for Calvin Klein Obsessions advertisements. He has worked for Paco Rabanne, Benetton, Lancome, and Pirelli Calendar 2012. He is also known for his photographs for music albums including Shakira, Maxwell, and John Taylor Duran Duran. Sorrenti first worked on a musical project for Del Amitri's Twisted album in 1995. He also worked with John Mayer for the music video for "Daughters" in 2004. Sorrenti is signed exclusively with the Art Partner agency. 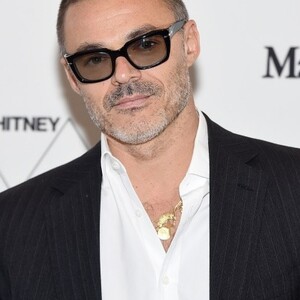