Marc Webb Net Worth: Marc Webb is an American director who has a net worth of $18 million. Marc Preston Webb was born in Bloomington, Indiana in August 1974. Webb graduated from the University of Wisconsin-Madison with an English degree. In 1999 Webb was the executive producer and editor for the video documentary short Tim Easton: Special 20. In 2000 he served as director, producer, editor, writer, and cinematographer for the video documentary No Doubt: Return of Saturn. Webb has directed music videos for countless artists such as Blues Traveler, Santana, 3 Doors Down, Good Charlotte, AFI, Green Day, Live, Counting Crows, Maroon 5, The Wallflowers, Disturbed, MxPx, P.O.D., Switchfoot, Jimmy Eat World, My Chemical Romance, Incubus, Hilary Duff, Weezer, Fergie, P. Diddy, Miley Cyrus, and Nelly. Webb's feature film directorial debut came in 2009 with the movie 500 Days of Summer. In 2010 he directed episodes of the TV series The Office and Lone Star. Webb was the executive producer for the 2012 TV series Battleground. In 2012 he directed The Amazing Spider-Man, and in 2014 The Amazing Spider-Man 2. The Amazing Spider-Man 3 is scheduled to be released in 2018. He is signed with DNA in Hollywood and Academy Productions Ltd. In the U.K. He won awards from the National Board of Review and the New York Film Critics, Online for 500 Days of Summer. 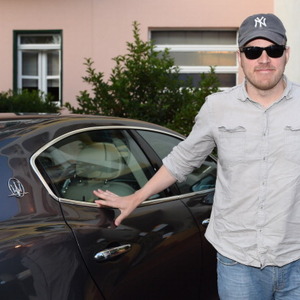