How much is Marc Forster Worth?

Marc Foster Net Worth and Salary: Marc Foster is a German-Swiss filmmaker and screenwriter who has a net worth of $30 million. Frequently misspelled as Mark Foster, he was born in Illertissen, Neu-Ulm, Bavaria, West Germany in November 1969. In 1990 he moved to the United States and attended New York University's film school where he made several documentaries. He moved to Hollywood, California in 1995 and made the low budget film Loungers. The film won the Slamdance Audience Award. His first feature motion picture was 2000's psychological drama Everything Put Together. That film was nominated the Sundance Film Festival for the Grand Jury Prize. In 2001 he directed Monster's Ball for which Halle Berry won an Academy Award. In 2004 Forster directed Finding Neverland. The film was nominated for seven Academy Awards and five Golden Globe Awards. He directed Stay in 2005 and Stranger Than Fiction in 2006. Will Ferrell was nominated for a Golden Globe for Stranger than Fiction. Forster's 2007 film the Kite Runner was nominated for a Golden Globe Award for Best Foreign Language Film. In 2008 he directed the James Bond film Quantum of Solace and became the youngest director in the Bond series. In 2011 he directed Machine Gun Preacher, and in 2013 Forster directed and executive produced World War Z. Grossing over $500 million worldwide, World War Z is the highest grossing Zombie movie ever made. He also executive produced the TV series Hand of God from 2014 to 2015.

Real Estate: In 2009, Marc paid $4.7 million for an architecturally significant home in Santa Monica. The home dates back to 1934 and was designed by Richard Neutra. It was the home of screen legend Greta Garbo in the 1930s. Foster completed major renovations over his years of ownership. He put the home on the market for $15 million in February 2020. 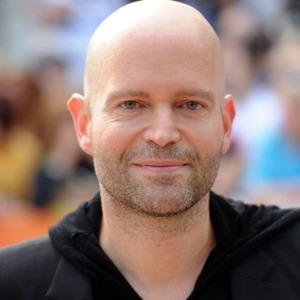