Malcolm D Lee Net Worth: Malcolm D Lee is an American director, actor, producer and screenwriter who has a net worth of $13 million. He began directing from the age of 12, where he had already known what he wanted to become. His debut was the film The Best Man which earned him so many positive reviews, and it ranked as number 1 on the box office, following its release. He quickly followed that debut film, with a comedy called Undercover Brother. This too earned him critical acclaim. In as much as he began making films at age 12, his professional work began when he was 17 where he worked as assistant film editor, assistant director, casting associate and director's assistant. He completed his undergraduate studies at Georgetown University with a major in English and a minor in Fine Arts. He was offered a one year fellowship contract with Disney Studios where he finished the screenplay for two films, including Morningside Prep. This was an autobiography of his personal experiences of studying at a mostly white populated prep-school.

He later joined the School of Arts at the New York University. It was here where he honed his abilities as a director and writer. Shortly afterwards, he went on to make a short film version of his documentary the Morningside Prep. The short film version won him several awards, including two that were from the Black Filmmaker's Hall of Fame. In 1997, he made his television debut with Showtime Networks. His most notable works include The Best Man, Undercover Brother, Welcome Home Roscoe Jenkins, Roll Bounce, Soul Men, and even an episode of Everybody Hates Chris. He also directed Scary Movie 5, of the Scary Movie franchise. His most recent work includes directing the sequel to The Best Man, which is The Best Man Holiday, in 2013. 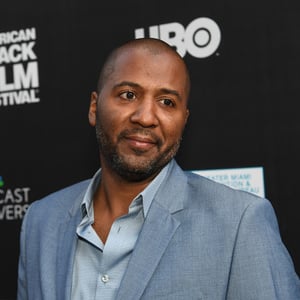