Lior Suchard net worth: Lior Suchard is an Israeli mentalist who has a net worth of $10 million. Lior Suchard was born in Haifa, Israel in December 1981. He began performing at the age of 14. Suchard served in the Israeli Air Force and appeared on Uri Geller's television series The Successor and won the reality show.

He appeared in the 2011 documentary Skeptical and hosted and directed the game show Money Pump. Suchard accurately predicted the results of the Nineteenth Knesset elections in 2013. He has appeared on several TV series including The Tonight Show with Jay Leno, The View, Larry King Now, The Doctors, Good Morning America, and The Late Late Show with James Corden. Lior Suchard ranked #28 on People Magazine's Sexiest Men Alive in 2010. He is also popular in Russia and Australia as well as India where he correctly predicted the score of a cricket match between Australia and India. 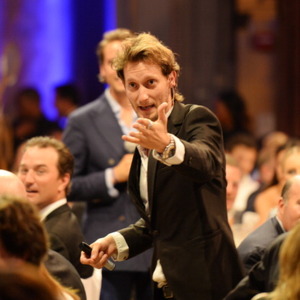