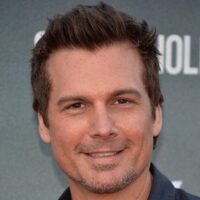 Len Wiseman net worth: Len Wiseman is an American film director, screenwriter and producer who has a net worth of $20 million dollars. Born in Fremont, California, Len Wiseman attended De Anza College in Cupertino, California, where he focused on film. He found work as a property assistant, initially, working on such projects as "Stargate", "Independence Day", and "Godzilla". He began to make a name for himself as a director/producer, directing commercials and music videos for such artists as Megadeth and En Vogue . He received an MTV Video Music Award nomination for Best Art Direction for his video for "Stick 'Em Up" by Quarashi. He became a household name when he created and directed, "Underworld", a film about the war between vampires and werewolves. The movie has since spawned three popular sequels, for which he has served as either producer or writer. He also directed the popular film, "Live Free or Die Hard", and is currently directing the remake of "Total Recall". Len Wiseman was formerly married to actress and Underworld star Kate Beckinsale. They were married from 2004 until 2019 (they separated in 2015). In November 2019 their divorce was finalized, with property being split evenly. Neither party will earn a share of their respective future earnings. Kate deeded their family home in the Hollywood hills to Wiseman as part of the settlement. Kate kept all jewelry.