Lee Unkrich Net Worth: Lee Unkrich is an American film editor, director and screenwriter who has a net worth of $2.5 million. A longtime member of the creative team at Pixar, he worked on several marked projects like "Monsters, Inc.", "Finding Nemo" and "Toy Story 2". Born on August 8, 196, in Cleveland Ohio, he was a youth when he first showed inclination towards artistic expression.

At the time he was performing at The Cleveland Play House. Later on, he attended the School of Cinematic Arts in the University of Southern California, from which he graduated in 1990. Upon his graduation Unkrich spent several years working in television as an editor and director. It was in 1994 that he joined Pixar as a film editor. Thus, he has got the chance to work on a handful of notable projects "A Bug's Life" (1998), "Toy Story 2" (1999), "Monsters, Inc. (2001), "Finding Nemo" (2003), "Cars" (2006) and "Ratatouille" (2007). After manifold successful projects, Unkrich finally made his solo directorial debut with "Toy Story 3", for which he won the Academy Award for Best Animated Film in 2011. The same year he also joined the list of distinguished USC alumni, who include Robert Zemeckis, Walter Murch, Jon Landau, Gary Rydstorm and Jay Roach, as he was honored with the University of Southern California's Mary Pickford Distinguished Alumni Award. When it comes to his personal life, Lee Unkrich is married to Laura Century and the couple has three children together. 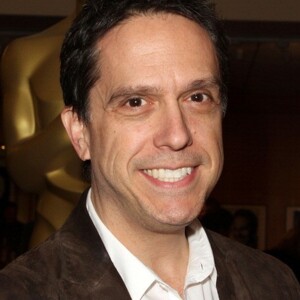