What is Lee Daniels' Net Worth and Salary?

Lee Daniels is an American actor, director, screenwriter and producer who has a net worth of $30 million dollars. He has produced such projects as "Monster's Ball", "The Woodsman", "Shadowboxer", "Tennessee", and "Precious: Based on the Novel 'Push' by Sapphire". He has appeared in the films, "Agnes und siene bruder" and "Shadowboxer". He directed "Shadowboxer", "Precious: Based on the Novel 'Push' by Sapphire", "The Paperboy", and "Lee Daniels' The Butler". In 2015, Lee co-created the show "Empire." He also served as a director and executive producer.

Daniels was born on December 24, 1959 in Philadelphia, Pennsylvania. He is the eldest son of Clara May and William Louis Daniels. He grew up with his four siblings – Cheryl, Lydia, Maynard, and Leah. Leah would later become a casting director whom he would work with on many projects. When Daniels was 15, the family was devastated when their father was killed in the line of duty as a police officer.

Daniels attended Radnor High School, from where he graduated in 1978. He then attended Lindenwood University in Missouri though he decided to move to Hollywood soon after without finishing his degree. He started working as a receptionist in a nursing agency and then eventually started his own nursing agency that specialized in HIV/AIDS treatment.

Daniels decided to sell his nursing agency and transition into casting, beginning his career as a casting director after randomly meeting a Hollywood producer who helped him jumpstart his career. Some of his early casting projects include "Under the Cherry Moon" and "Purple Rain." He was also working as a talent manager in his early career, managing actors like Wes Bentley.

Daniels began his own production company, Lee Daniels Entertainment. Its debut production, "Monster's Ball," was a huge success with fans and critics alike in 2001. The starring actress, Halle Barry, won the Oscar for Best Actress, making Daniels the first African-American film producer to solely produce an Oscar-winning film. It was also nominated in the Best Original Screenplay category.

In 2004, he produced "The Woodsman," starring Kevin Bacon, Kyra Sedgwick, and Mos Def. The film premiered at the Sundance Film Festival and did well on the film festival circuit, garnering nominations at the Independent Spirit Awards, the CICAE Arthouse Prize, and the Cannes Film Festival. The film also received a Special Mention for Excellence in Filmmaking from the National Board of Review.

The same year, former president Bill Clinton, reached out to Daniels in order to persuade him to create a public service announcement encouraging young people to vote. Daniels agreed and made a campaign that featured Grammy Award winners LL Cool J and Alicia Keys.

His next venture was is 2006 directorial debut, "Shadowboxer." The film starred Helen Mirren, Cuba Gooding Jr., Mo'Nique, and Macy Gray, among others, and premiered at the Toronto International Film Festival. At the San Sebastian Film Festival, Daniels received a nomination in the Best New Director category. 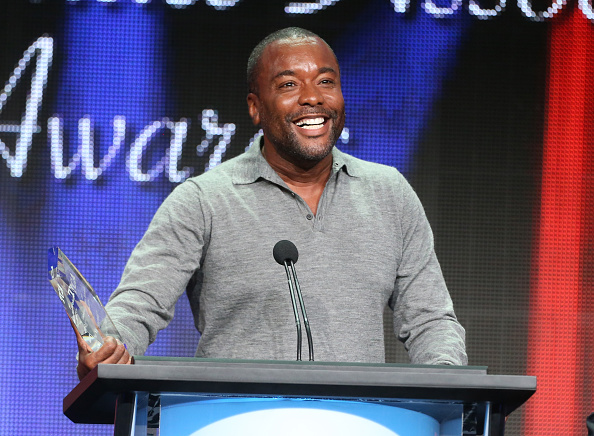 In 2008, he produced the film "Tennessee," which was written and directed by Aaron Woodley. It stars Mariah Carey and Lance Reddick. His next venture, the film "Precious," received widespread critical acclaim. The film stars actress Gabourey Sidibe who portrays a young girl living in Section 8 housing in Harlem who has suffered sexual, physical, and emotional abuse from her parents. The film also stars Mo'Nique and Mariah Carey. It screened at the 2009 Sundance Film Festival and went on to become very popular, garnering multiple award nominations. Mo'Nique won an Academy Award, Daniels himself was nominated for the Academy Award for Best Director, and the film was nominated in the Best Picture category. It also did well financially, grossing over $63 million worldwide. The following year, Daniels received the Pratt Institute's Creative Spirit Award.

Daniels' next project was the 2012 film, "The Paperboy," based on the 1995 novel by Pete Dexter. It starred Matthew McConaughey, Zac Efron, Nicole Kidman, and John Cusack. It was one of the nominees for the prestigious Palme d'Or Award at the 2012 Cannes Film Festival. In 2013, he directed the historical drama film, "The Butler," which featured an all-star cast including Oprah Winfrey, Alan Rickman, John Cusack, and Forest Whitaker, among others.

His next big success came when he created the television series, "Empire," which premiered in 2015. The show was one of the most-watched programs while on-air, running for six total seasons until 2020, and starring Terrence Howard and Taraji P. Henson.

In December of 2015, Daniels received a star on the Hollywood Walk of Fame for his contribution to the television and film industries.

Daniels is gay and was connected with partner, casting director Billy Hopkins, for some time. Together, they adopted Daniels' niece and nephew, Clara and Liam, when the children were just a few days old after Daniels' brother had been sent to prison. Daniels and Hopkins later separated. He also later clarified that while he is gay, he also considers himself sexually fluid and is occasionally attracted to women.

Daniels was also involved in some controversy in 2015 when he made comments to "Rolling Stone" magazine when asked about the behavior of actor Terrence Howard, who had been physically violent with his wife. Daniels essentially excused his behavior and then compared it to that of Sean Penn, who had also allegedly been involved in domestic violence disputes. Penn soon after sued Daniels for $10 million in a defamation lawsuit. However, Penn dropped the suit once Daniels apologized and retracted his statement in 2016.

Since 2010, he has been in a relationship with partner Jahil Fisher, a stylist. The two met at a restaurant in Los Angeles where they were seated as adjacent tables. Daniels primarily lives in Manhattan.

Daniels has received recognition for the early work he did with HIV/AIDS. The Foundation for AIDS Research (amfAR) paid tribute to him at their 20th annual Gala in New York, presenting him with the amfAR Award of Courage.

In June 2018, Lee Daniels was sued for $5 million by Roc-A-Fella Records founder Damon Dash. In the lawsuit, Dash claimed that he is owed producer credits and ownership rights to various of Daniels' projects. Dash further claimed that he had previously lent Daniels $2 million and is still owed that amount plus interest.

In 2018, Lee Daniels spent a little under $5 million on a large mansion in Beverly Hills. 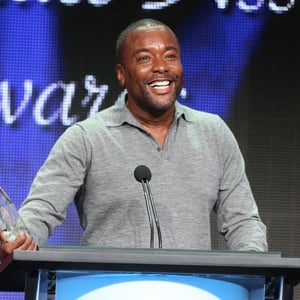