Ken Loach Net Worth: Ken Loach is an English director who has a net worth of $5 million. Ken Loach was born in Nuneaton, Warwickshire, England, in 1936. He served in the Royal Air Force before studying law at St. Peter's College, Oxford. Loach became involved with comedy while in school.

His first credited TV parts came on "Catherine", "Diary of a Young Man", and "Z-Cars" in 1964. Loach is best known for his movies that focus on socialism and social issues, particularly homelessness and labor rights. His early work includes making contributions to the "Wednesday Play" series on BBC. Several of his documentaries for the show include "In Two Minds", "Cathy Come Home", and "Up the Junction". While working with BBC, Loach also started diving into feature films, directing "Kes" and "Poor Cow", which were both successful. Loach's film efforts weren't as popular in the '70s and '80s. He is credited on dozens of films, including "Looks and Smiles", "Hidden Agenda", "Riff-Raff", "Ladybird Ladybird", "Carla's Song", "The Navigators", "Sweet Sixteen", "Tickets", "The Wind That Shakes the Barley", "Looking for Eric", "The Angels' Share", and "The Spirit of '45". Loach is heavily involved in politics and many of his films have been put on the backburner because of their strong political undertones. He works with a variety of charities, including Developing Health and Independence and Doorway. Loach has been married to his wife, Lesley Ashton, since 1962. They have five children together. 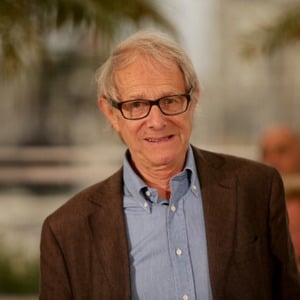