What is Ken Burns' Net Worth?

Ken Burns is an American director and producer who has a net worth of $3.5 million. Ken Burns is an American filmmaker, known for his numerous documentaries and documentary series on a variety of historical subjects. Some of his most famous works include "The Civil War," "Jazz," "Prohibition," "The Roosevelts," and "The Vietnam War." Burns' filmmaking style has been noted for its use of archival footage and slow zooms into and out of photographs, a technique dubbed the "Ken Burns effect."

Burns has also been the recipient of more than 20 honorary degrees. His film "The Civil War" received more than 40 major film and television awards, including two Emmy Awards, two Grammy Awards, Producer of the Year Award from the Producers Guild of America, a People's Choice Award, a Peabody Award, a duPont-Columbia Award, a D. W. Griffith Award, and the $50,000 Lincoln Prize. His 2017 documentary "The Vietnam War" was equally lauded.

There is a Ken Burns Wing at the Jerome Liebling Center for Film, Photography and Video at Hampshire College. In 2004, Burns received the S. Roger Horchow Award for Greatest Public Service by a Private Citizen, an award given out annually by Jefferson Awards.

Ken Burns was born on July 29, 1953 in the Brooklyn borough of New York City to biotechnician Lyla and cultural anthropology scholar Robert. He has a younger brother named Ric who is also a documentary filmmaker. Due to his family's involvement in academia, Burns moved often with his family growing up. He lived in such places as Newark, Delaware and Saint-Véran, France before settling in Ann Arbor, Michigan, where his father taught at the University of Michigan. When Burns was 11, his mother passed away from breast cancer.

At the age of 17, Burns received a film camera for his birthday, and subsequently shot a documentary about a factory in Ann Arbor. After graduating from Pioneer High School, he went to the private liberal arts school Hampshire College in Amherst, Massachusetts. To pay for his tuition, Burns worked in a record store. He graduated from Hampshire in 1975 with a degree in film studies and design.

Along with his college classmate Roger Sherman and photographer and professor Elaine Mayes, Burns founded the production company Florentine Films in 1976. The next year, another college classmate named Buddy Squires joined as a founding member; soon, Lawrence Hott joined as well. Burns delved further into media production as a cinematographer for the BBC and other television channels.

In 1977, Burns took on his first project as a director: adapting David McCullough's book "The Great Bridge" into a documentary. The result was the 1981 film "Brooklyn Bridge," which was narrated by McCullough. Among its honors, the film was nominated for an Academy Award for Best Documentary Feature. McCullough would go on to narrate numerous of Burns' future films, including his next two, 1984's "The Shakers: Hands to Work, Hearts to God" and 1985's "The Statue of Liberty." For the latter film, Burns earned another Academy Award nomination for Best Documentary Feature. He next directed "Huey Long," "The Congress," and "Thomas Hart Benton." In 1990, Burns released one of his most famous and acclaimed works: the PBS television miniseries "The Civil War." The series garnered over 40 major industry awards, including two Emmy Awards, two Grammy Awards, a PGA Award, and a Peabody Award. Burns earned further plaudits in 1994 for his miniseries "Baseball," which won the Emmy for Outstanding Informational Series. Three years later, Burns released "Thomas Jefferson" and "Lewis & Clark: The Journey of the Corps of Discovery." He closed out the 90s with "Frank Lloyd Wright" and "Not for Ourselves Alone: The Story of Elizabeth Cady Stanton & Susan B. Anthony."

Burns had another major success in 2001 with his ten-part miniseries "Jazz," which earned an Emmy nomination. He followed this with "Mark Twain," "Horatio's Drive: America's First Road Trip," and "Unforgivable Blackness: The Rise and Fall of Jack Johnson." Next, in 2007, he released the seven-part miniseries "The War," about World War II from the perspectives of four towns in the United States. Burns subsequently directed the 2009 miniseries "The National Parks: America's Best Idea," which took home two Emmy Awards. This was followed by a number of other acclaimed miniseries, such as "Prohibition," "The Dust Bowl," "The Roosevelts," and "Jackie Robinson." Burns also co-directed the feature documentary film "The Central Park Five," released in 2012. His later credits have included 2017's "The Vietnam War," 2019's "Country Music," 2021's "Hemingway" and "Muhammad Ali," and 2022's "Benjamin Franklin." 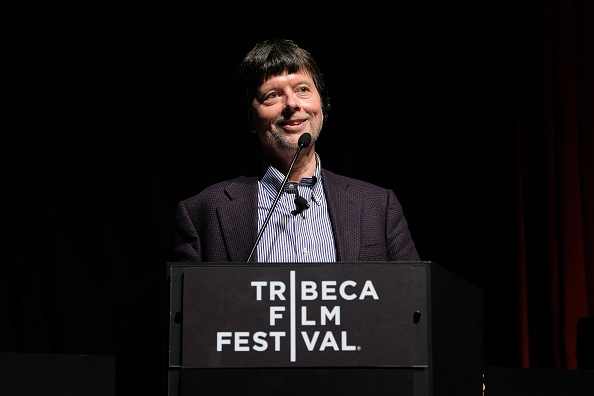 Beyond directing, Burns has served as an executive producer on a number of television documentary miniseries. In 1996, he executive produced "The West," which was directed by his frequent collaborator Stephen Ives. Burns had his next executive producing credit in 2015 on the documentary film "Cancer: The Emperor of All Maladies." He has also executive produced Lynn Novick's series "College Behind Bars" and Chris Durrance and Jack Youngelson's "The Gene: An Intimate History," among other works.

In addition to his Oscar nominations and multiple Emmy and Grammy Awards, Burns has been honored with a plethora of other laurels. In 1991, he received the Golden Plate Award and the National Humanities Medal. Later, in 2004, he was bestowed with the S. Roger Horchow Award for Greatest Public Service by a Private Citizen. Burns has also earned the Lifetime Achievement Award from the Academy of Television Arts & Sciences; the Washington University International Humanities Medal; the John Steinbeck Award; and an honorary doctorate from Brown University, among other honors.

Burns married his first wife, Amy Stechler, in 1982. The couple had two daughters named Sarah and Lilly. Sarah is a filmmaker, author, and public speaker who has often collaborated with her father, while Lilly is a television producer and executive who co-founded Jax Media. Burns and Stechler ended up divorcing in 1993. A decade later, Burns wed his second wife, Julie Brown; together, they have two daughters named Olivia and Willa. 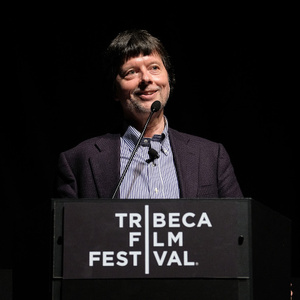