What is Kathryn Bigelow's Net Worth and Salary?

Kathryn Bigelow is an American director and producer who has a net worth of $50 million. She is the first woman ever to win the Directors Guild of America's Best Director Award as well as the Academy Award for Best Directory. Kathryn is known for directing such films as "Near Dark," "Point Break," "Strange Days," "The Hurt Locker," "Zero Dark Thirty," and "Detroit." She won the Academy Award for Best Director for "The Hurt Locker." Bigelow's films are known for their kinetic visual style and provocative handling of difficult subject matter.

Kathryn Bigelow was born on November 28, 1951 in San Carlos, California as the only child of paint factory manager Ronald and librarian Gertrude. She is of Norwegian descent on her mother's side. As a teen, Bigelow went to Sunny Hills High School in Fullerton, California. After graduating, she studied painting at the San Francisco Art Institute, from which she earned her BA in 1972. While still enrolled there, Bigelow got accepted to an independent study program at the Whitney Museum of American Art in New York City. There, she lived a bohemian lifestyle, staying in the loft of performance artist Vito Acconci. Bigelow also got into real estate with musician Philip Glass; together, they renovated and sold old apartments. She went on to enroll in a graduate film program at Columbia University, where she studied film theory and criticism. Additionally, she taught at the California Institute of the Arts.

While still at Columbia in 1978, Bigelow directed a short film entitled "The Set-Up," which she later submitted as part of her MFA thesis. A few years later, she made her full-length feature film directorial debut with "The Loveless," an outlaw biker drama that gave actor Willem Dafoe his first starring role on film.

Bigelow's second feature film as director, the neo-Western horror film "Near Dark," came out in 1987. Starring Adrian Pasdar, Jenny Wright, Bill Paxton, and Lance Henriksen, among others, it focuses on an Oklahoma man who becomes drawn into a family of nomadic vampires. Although the film was a commercial flop, it went on to gain a notable cult following. Following this, Bigelow directed a string of action films that challenged Hollywood conventions while examining racial and gender politics. The first was 1990's "Blue Steel," starring Jamie Lee Curtis as a rookie police officer who discovers she's dating a serial killer. Next, Bigelow directed the 1991 film "Point Break," starring Patrick Swayze, Keanu Reeves, Gary Busey, and Lori Petty. This was followed in 1995 by the dystopian science-fiction thriller "Strange Days," which featured Ralph Fiennes, Angela Bassett, and Juliette Lewis. Although it was a box-office bomb, the film drew praise for its exploration of racism, media voyeurism, sexual abuse, and technocratic overreach. 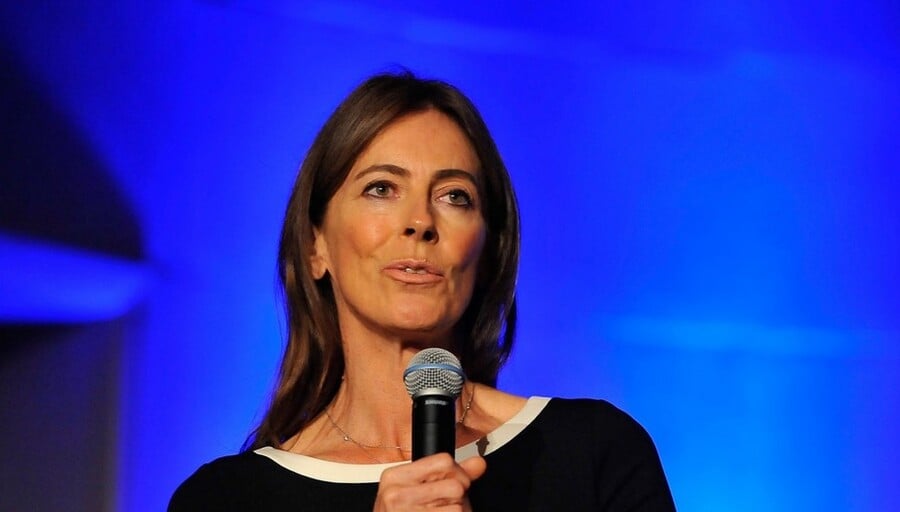 Following a five-year break from film directing, Bigelow returned in 2000 with the mystery thriller "The Weight of Water," based on the eponymous Anita Shreve novel. Her next film was the 2002 historical submarine film "K-19: The Widowmaker," starring Harrison Ford and Liam Neeson. Bigelow didn't have another film until 2008, when her Iraq War thriller "The Hurt Locker" premiered at the Venice Film Festival. Released theatrically the next year, the film became the most critically acclaimed of her career at the time. It went on to win six Academy Awards, including Best Picture and Best Director; this made Bigelow the first-ever woman to win in the latter category. She continued her critical success in 2012 with the thriller "Zero Dark Thirty," about the American efforts to hunt down Osama bin Laden. Although she surprisingly failed to receive another Academy Award nomination for Best Director, the film still earned five nominations, including Best Picture. Bigelow next directed the 2017 historical crime drama "Detroit," about the 1967 riots in the titular city.

In addition to films, Bigelow has directed a number of television episodes. Her first, in 1993, was an episode of the ABC miniseries "Wild Palms." Later, between 1998 and 1999, she directed three episodes of the police drama series "Homicide: Life on the Street." In 2004, Bigelow directed an episode of another crime drama, "Karen Sisco." Additionally, she has directed various commercials, including ones for brands such as Budweiser, AT&T, and the Army National Guard.

Over the course of her directing career, Bigelow has established a style that both embraces mainstream American filmmaking conventions and transcends them. Her films are both thrilling for their kinetic sense of movement and thought-provoking for their complex ideological handling of such themes as racism, sexism, and myriad other social issues. Many of her works, such as "Strange Days" and "The Hurt Locker," utilize handheld cameras that create a quality of extreme physicality and documentary-like realism. Bigelow's films are particularly well known for their often graphic representations of violence, a staple of her work since her MFA film in the late 70s. Through her scripts and her use of film form, she interrogates the mechanisms by which violence becomes sensationalized and normalized, particularly in relation to gender and race.

In 1989, Bigelow married filmmaker James Cameron, director of "The Terminator" and "The Abyss." The pair divorced in 1991, but continued to work together in a professional capacity, with Cameron both writing and producing Bigelow's 1995 film "Strange Days." Later, in 2009, Bigelow competed against Cameron in Oscar's Best Director category, with the latter nominated for his science-fiction epic "Avatar."

Upon marrying James Cameron in 1989 they paid $1.8 million for a home in Beverly Hills, which continued to be Kathryn's primary residence for many years. She listed this home for sale in 2018 for $13 million. 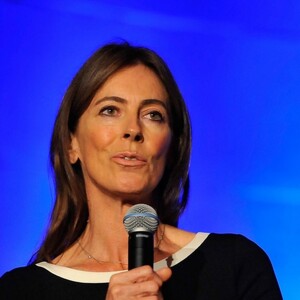