Julie Taymor Net Worth and salary: Julie Taymor is an American director who has a net worth of $20 million. Julie Taymor was born in Newton, Massachusetts in December 1952. She joined the Boston Children's Theatre at 10 years old and studied at Julie Portman's Theatre Workshop. She graduated high school at 16 and went to study in Paris.

She studied at Joseph Chalkin's Open Theatre, the American Society for Eastern Arts, and Oberlin College. As a stage director she won two Tony Awards for working on The Lion King in 1997. Julie became the first woman to win a Tony Award for directing a musical. She has directed the films Titus, Frida, Across the Universe, The Tempest, and A Midsummer Night's Dream. Taymor has also won the Drama Desk Award for Outstanding Costume Design and an Emmy Award and Academy Award nomination for Original Song. She won the 2012 Director Award for Vision and Courage from the Athena Film Festival. Taymor also directed the Broadway musical Spider-Man: Turn Off the Dark. She has also authored five books. 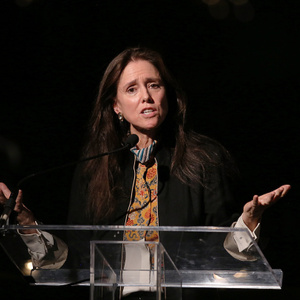