Julian Schnabel net worth: Julian Schnabel is an American artist and filmmaker who has a net worth of $25 million dollars. Julian Schnabel was born in Brooklyn, New York in October 1951. He received a Bachelor of Fine Arts from the University of Houston and was admitted to the Independent Study Program at the Whitney Museum of American Art.

He had his first solo museum exhibition at the Contemporary Arts Museum in Houston, TX. He traveled to Europe frequently. Schnabel became a major figure in the Neo-expressionism movement in the 80s. He became well known for his plate paintings. He is known to be brash about how important he is to the world of art. He is represented by The Pace Gallery in New York. His art work is at museums around the world including the Metropolitan Museum of Art, Museum of Modern Art, Whitney Museum of American Art, Museum of Contemporary Art, Reina Sofia in Madrid, Tate Modern in London, and the Centre Georges Pompidou in Paris. He has written and directed the movies Basquiat and Before Night Falls. He also directed The Diving Bell and the Butterfly, for which he earned the Golden Globe for best director and was nominated for an Academy Award for Best Director. His autobiography was published in 1987. He also recorded an album Every Silver Lining Has a Cloud in 1995. 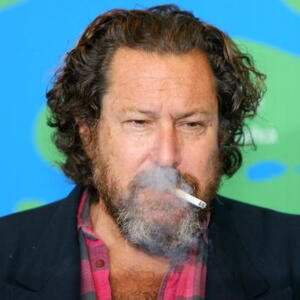