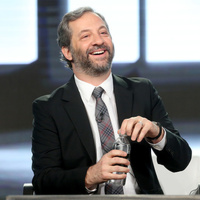 What is Judd Apatow's Net Worth and Salary?

Judd Apatow is a film director, producer, and writer who has a net worth of $160 million. Judd Apatow knew from a very young age that he wanted a career in comedy. His first job was washing dishes at a comedy club on Long Island. He then launched his own radio talk show while in high school. He would cold-call comedians and ask them about their process. He started performing stand-up when he was in his late teens, and then moved to Los Angeles after graduation to attend the University of Southern California. He began studying in the Screenwriting program, but dropped out after two years. The decision to leave school was a good one, as he quickly made a name for himself.

Fast forward to today, and he has earned acclaim as a writer, producer, and/or director for such projects as "The Ben Stiller Show", "The Larry Sanders Show", "Heavyweights", "Freaks & Geeks", "Undeclared", "Anchorman: The Legend of Ron Burgundy", "The 40-Year-Old Virgin", "Knocked Up", "Talladega Nights", "Superbad", "Forgetting Sarah Marshall", "Funny People", "Bridesmaids", "The Five-Year Engagement", and "This is 40", among many others. As the founder of Apatow Productions, he has produced countless films and television shows. Over the course of his long and successful career, Apatow has won countless awards and has been nominated for many others.

Judd Apatow was born on December 6th of 1967 in New York City. He was raised in a Jewish family alongside two siblings, although his parents divorced when he was 12. His first experience with stand-up comedy was when he spent a summer working at a comedy club. During his high school years, Apatow started a comic radio station and managed to interview several of his idols on the program. These figures included Steve Allen, Howard Stern, Jerry Seinfeld, and many others.

When he reached his senior year, he began to perform stand-up routines himself. After graduating, he attended the University of Southern California and attended their screenwriting program. By his second year, Apatow was so involved in various comedy projects that he had to drop out. 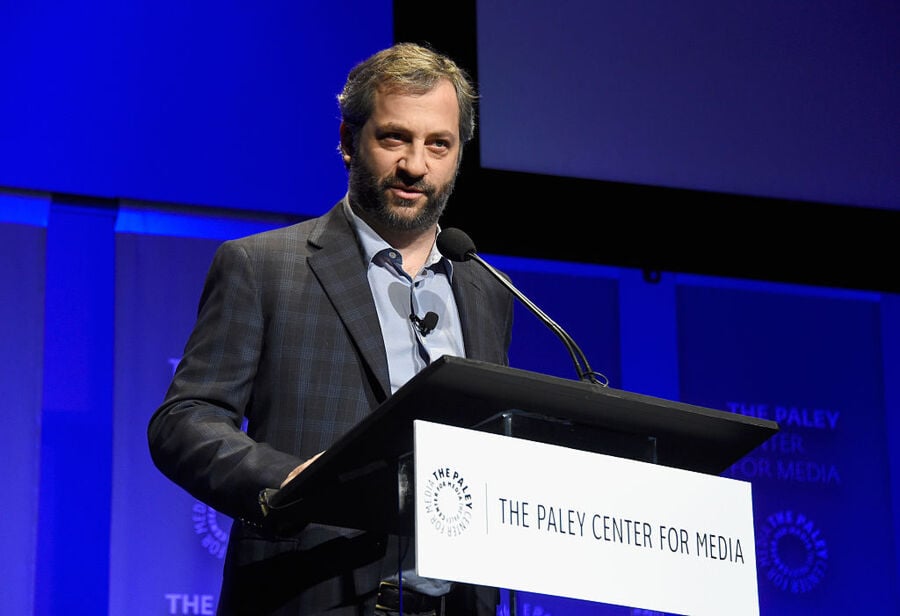 After dropping out of college, Judd Apatow moved into an apartment with Adam Sandler. He also made connections with Ben Stiller and worked with him as a writer on The Ben Stiller Show, which was canceled in 1993. Apatow then continued his career as a writer with roles on The Larry Sanders Show and The Critic before co-writing one of his first feature films, Heavyweights.

He also helped rewrite The Cable Guy, which starred Jim Carrey. This was the first of many Jim Carrey movies that Judd Apatow would rewrite. He also rewrote the scripts for many Adam Sandler movies during this period, although he was rarely credited for such jobs.

Apatow took a major step forward when he served as an executive producer for the show Freaks and Geeks in 1999. During the show's run, he also wrote and directed several episodes. Although the show was famously canceled after a short run, Apatow took the opportunity to form valuable connections with many of the show's stars.

In 2004, Apatow produced Anchorman: The Legend of Ron Burgundy. He would later produce its sequel as well. In 2005, he directed his first movie, The 40-Year-Old Virgin. Also in 2005, Apatow wrote Fun with Dick and Jane. Further writing credits came with Knocked Up and Talladega Nights. In 2007, he produced Superbad, a film written by Seth Rogen and Evan Goldberg. On the heels of this success, Apatow worked with the writing duo once again with Pineapple Express. Apatow then co-wrote and produced Walk Hard before producing Drillbit Taylor.

In 2008, Judd Apatow produced Forgetting Sarah Marshall and Step Brothers. Although many of Apatow's initial films were successful, 2009's Year One was not. Funny People subsequently received excellent reviews but failed to perform well at the box office. By 2010, Apatow was back on a winning streak after producing Get Him to the Greek. Continuing onwards, Apatow produced Bridesmaids (the most successful R-rated movie of all time), Girls, Wanderlust, The Five-Year Engagement, This is 40, and Trainwreck.

Apatow's next project was a Netflix series called Love. He created the show and serves as a writer and executive producer. In 2016, he produced Pee-wee's Big Holiday, a Pee-Wee Herman film. That year, he also branched out with a documentary called Doc and Darryl. In 2017, Apatow produced the film The Big Sick. In 2020, The King of Staten Island was released. The film was written and directed by Judd Apatow and went straight to video on demand due to the COVID-19 pandemic. 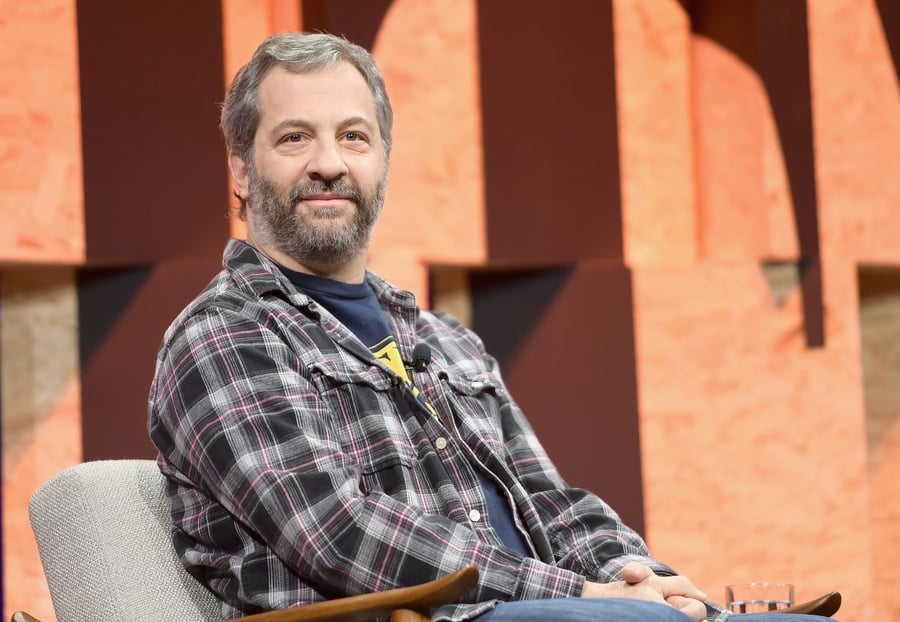 In 1997, Apatow married actress Leslie Mann. They later had two children together.

Judd Apatow has an extensive real estate portfolio comprising of several multi-million-dollar properties in some of the most desirable neighborhoods across the United States.

In 2003, Judd Apatow paid $4.474 million for a property in Pacific Palisades, an exclusive neighborhood on the Westside of Los Angeles, California. The two story home is 6,018 square feet, with 5 bedrooms, 5.5 bathrooms, and a separate staff suite. The entryway features a curved staircase and glossy parquet floors. The kitchen is an open concept with eat-in area, high ceiling with wood beams, built in breakfast booth with ceiling high windows, and stainless steel appliances. The home has a paneled library with fireplace and built in bookshelves, a formal dining room, and state of the art movie theater. The second floor master suite has a fireplace, a private ocean view balcony, and 2 large custom closets. The back yard has several patios, and a stone terrace surrounding a rectangular swimming pool and spa.. In 2010, it was reported that Apatow was selling the property for $6.495 million.

In 2005, Apatow ostensibly purchased a "starter home" in Beverly Hills for $1.656 million.

In 2009, news surfaced that suggested Judd Apatow was interested in buying Marty Adelstein's home, a TV producer known for shows like Prison Break and Point Pleasant. Although the Brentwood home was listed for $20 million, Apatow managed to snatch it up for $18.25 million.

Property records reveal that Apatow owns property on the big island of Hawaii, just outside of Kailua-Kona. He and his wife purchased a condo in this area for $4.9 million back in 2009.

In 2013, he paid $10.825 million for a beach house on the sunny shores of Malibu, California. The property was built in the 1930s and features 2,550 square feet of living space. Just two years later in 2015, it was reported that Apatow and his wife had put the property back on the market with a listed price of $12 million. Also in 2013, it was reported that Apatow had purchased an empty lot in Santa Monica for $8.6 million with plans to construct a custom house on the land.

In 2018, he purchased a property in Santa Monica for $14.5 million. The 8,000-square-foot penthouse was once home to William Holden, a well-known Hollywood actor from the "Golden Era" of film. The property features two private elevators, a private rooftop deck spanning over 2,000 square feet, and rooms with walls made entirely out of glass.