What is Joss Whedon's net worth and salary?

Joss Whedon is an American screenwriter and filmmaker who has a net worth of $100 million. Whedon is a prolific writer, director and producer and television show creator. After working briefly on the sitcom "Roseanne." Whedon left when his screenplay for the movie "Buffy The Vampire Slayer" was sold. He then created a show based on the movie for The WB which ran from 1997 to 2001. The show was an instant hit with audiences and eventually spawned s spin-off titled "Angel" (The WB, 1999-2004). Since then, he has become the man behind other TV series like "Firefly" (2002–2003), "Dollhouse" (2009–2010), and Agents of S.H.I.E.L.D. (2013-2020). Additionally, he co-wrote the Pixar film "Toy Story," directed the superhero films "The Avengers" and "Avengers: Age of Ultron," and co-wrote the DC movie "Justice League." Among his other endeavors, Whedon founded Mutant Enemy Productions and cofounded Bellwether Pictures.


Joss Whedon was born as Joseph Hill Whedon in 1964, in New York City, New York. His father, Tom, was a screenwriter who later wrote for the sitcoms "Alice" and "The Golden Girls," while his mother, Ann, was a teacher and aspiring novelist. Whedon has four siblings, older brothers Samuel and Matthew and younger brothers Jed and Zack. He went to Riverdale Country School, where his mother taught, and later spent three years at England's Winchester College. Later, he enrolled at Wesleyan University, from which he graduated in 1987.

Whedon began his professional career in 1989, working as a staff writer on the sitcoms "Parenthood" and "Roseanne." He also served as a script doctor for a number of films, including "Speed," "Waterworld," and "Twister." Also in the 90s, he co-wrote the groundbreaking animated films "Toy Story" and "Titan A.E."; for the former, he received a shared Oscar nomination for Best Original Screenplay. Crucially, he was also the writer of the 1992 horror comedy film "Buffy the Vampire Slayer," which would lead to the television series of the same name.

Buffy the Vampire Slayer and Angel

It was in 1997 that Whedon created "Buffy the Vampire Slayer," his first television series. Starring Sarah Michelle Gellar as Buffy Summers, the last in a line of women who battle against various dark supernatural creatures, the show earned a surfeit of plaudits and awards, including an Emmy nomination for writing. The success of "Buffy" ultimately led to hundreds of tie-in products, such as comics, novels, and video games. It has also inspired a wide array of academic literature, and has helped influence other television series.

Due to the popularity of "Buffy," Whedon created a spinoff series called "Angel" in 1999. The show followed the titular character, played by David Boreanaz, in his work as a private detective. Despite some success, the show was canceled in 2004; a continuation of the story was later released in comic form. 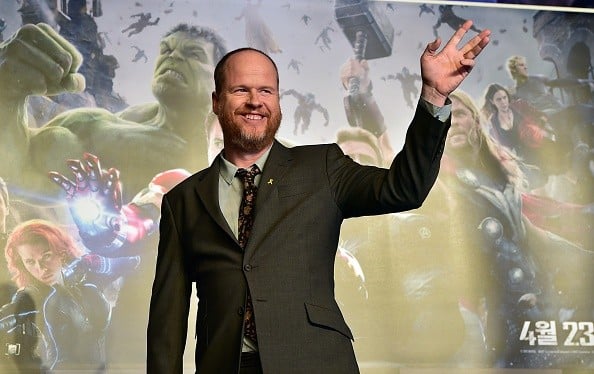 Following "Angel," Whedon created the space Western "Firefly," starring Nathan Fillion, Gina Torres, and Alan Tudyk, among a large ensemble of others. This show, set in the year 2517, revolved around the crew members of the spaceship Serenity, and explored their lives and relationships as they went on various adventures. Although it was critically praised, the show didn't fare as well in the ratings, and was canceled by Fox before all episodes had aired.

In 2005, Whedon wrote and directed the film "Serenity" as a follow-up to the events of the show. The film received mostly positive reviews, as well as accolades from science-fiction-themed awards organizations. Beyond its immediate impact, "Serenity" also helped foster a franchise that produced books, graphic novels, and other assorted media, including the comic book series "Serenity: Those Left Behind" and "The Shepherd's Tale," the latter co-written with Whedon's brother Zack.

Directing Career and The Avengers

On the big screen, Whedon co-wrote and produced the horror comedy film "The Cabin in the Woods," which was released in 2011. His biggest hit, however, came the next year, when he wrote and directed the live-action Marvel superhero film "The Avengers." After its run, the film became the fourth highest-grossing film of all time in North America. That same year, Whedon signed on to develop a Marvel television show for ABC called "Agents of S.H.I.E.L.D.," about the secret military agency that appears throughout the Marvel Cinematic Universe. Later, Whedon returned to write and direct "Avengers: Age of Ultron," released in 2015. The next year, he announced he would no longer work with Marvel.

Among Whedon's other directing credits is his low-budget, modernized film adaptation of Shakespeare's "Much Ado About Nothing," which he made in 2012 through his own production company Bellwether Pictures. Shot in black-and-white on digital video entirely at his home in Santa Monica, California, Whedon produced, wrote, directed, edited, and composed the film. Following this, Whedon executive produced and wrote the paranormal romance film "In Your Eyes." In 2017, he took over postproduction duties for the DC superhero film "Justice League," including writing and additional photography. Whedon later created the science-fiction drama series "The Nevers" for HBO, but left the project following an investigation into his past professional misconduct.

Whedon married architect and producer Kai Cole in 1995; they have two children. In 2012, they separated, and were divorced in 2016.

In 2020, actor Ray Fisher accused Whedon of being unprofessional and abusive toward the cast and crew of "Justice League." This prompted an investigation by WarnerMedia into his on-set behavior. Later, in 2021, actress Charisma Carpenter alleged that Whedon often abused his power and verbally assaulted her; these accusations were corroborated by fellow "Buffy" stars Michelle Trachtenberg and Amber Benson. Whedon has not publicly responded to the allegations. 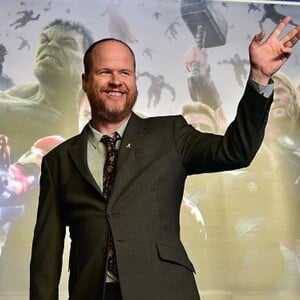