Joshua Leonard net worth: Joshua Leonard is an American actor, writer, and director who has a net worth of $2 million. Joshua Leonard was born in Houston, Texas in June 1975. One of his best known roles was his first film role in the 1999 movie The Blair Witch Project. Leonard has starred in several other films including Men of Honor, Things Behind the Sun, Scorched, Madhouse, Hatchet, The Shaggy Dog, Quid Pro Quo, Prom Night, 20 Years After, Shark Night, The Lie, The Motel Life, Snake and Mongoose, If I Stay, The Town That Dreaded Sundown, The Ever After, 6 Years, Teenage Cocktail, Unsane, and more. Joshua Leonard has had recurring roles on the TV series CSI: Miami as Jim Markham in 2005, Bates Motel as James Finnigan in 2015, Togetherness as Dudley from 2015-2016, Heartbeat as Max in 2016, StartUp as Rance in 2017, and Scorpion as Mark Collins from 2014 to 2017. He married actress Alison Pill in 2015.

Joshua Leonard Blair Witch Salary: The Blair Witch Project was made on a budget of $60,000. The film was sold at Sundance in 1999 to Artisan Entertainment for $1.1 million. It eventually generated $250 million at the global box office. Unfortunately only a tiny percentage of the box office revenue went to the cast.

Joshua and his cast mates ended up suing Artisan after footage of the three of them appeared in the Blair Witch sequel. It's unclear if that case resulted in a settlement.

Joshua, Heather Donahue and Michael C. Williams earned $1000 per day over the eight filming days, a total of $8000 for the project. In the years following, their total earnings after some small bonuses and royalties amounted to $300,000 a piece. 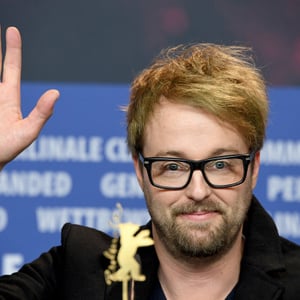