Jose Rivera Net Worth: Jose Rivera is a Puerto Rican playwright, costume designer and screenwriter who has a net worth of $5 million. Rivera holds the distinction of being the first Puerto Rican screenwriter to be nominated for an Oscar Award. Rivera has won two Obie Awards for playwriting, a Kennedy Center Fund for New American plays Grant, a Fulbright Arts Fellowship in playwriting, the Whiting Writers' Award, a McKnight Fellowship, the 2005 Norman Lear Writing Award, a 2005 Impact Award and a Berilla Kerr Playwriting Award.

Jose Rivera was born March 24, 1955 in Santurce, Puerto Rico. Upon entering college, he decided to dedicate his focus to costume design. Rivera relocated to Los Angeles, California from New York in 1999 to pursue a career in film and television. ]Rivera is a trained dancer and made his professional theatrical debut in a summer stock production at the age of 11 in The King and I. Other credits include A Chorus Line (Broadway, National and International), La Cage Aux Folles, West Side Story, Godspell, Joseph…Dreamcoat, Man Of La Mancha, Mame and Fiddler on the Roof.After graduating he worked for the world famous Eaves-Brooks Costume Co. in New York City where he assisted designers Theoni Aldredge, Bob Fletcher, Willa Kim and William Ivy Long. 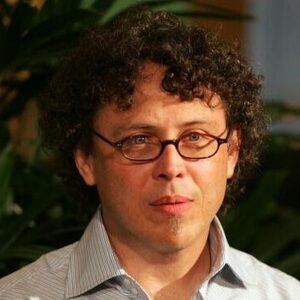