Jonathan Demme Net Worth: Jonathan Demme was an American filmmaker, writer and director who had a net worth of $40 million dollars. Ted Demme was famous for directing movies like "Blow", "The Ref" and "Who's The Man".

He was born in Nassau County, New York, in 1944. Jonathan Demme began his film industry career in the early '70s with "The Hot Box" and "Angels Hard as They Come". He directed several films, including "Crazy Mama" and "Melvin and Howard", before landing Kurt Russell and Goldie Hawn for a production of "Swing Shift". The movie flopped, and Demme took a break from Hollywood until he returned with a bang in 1991 with "The Silence of the Lambs". He took home a Best Director Oscar for the movie and was nominated for two BAFTA awards and a Golden Globe. Demme went on to work on "Beloved", "Philadelphia", "The Truth About Charlie", "The Manchurian Candidate", "Man from Plains" and "Rachel Getting Married". Demme produced several music videos, including Bruce Springsteen's 1995 hit "Murder Incorporated". He also directed the Talking Heads' documentary film "Stop Making Sense". He owned the production company Clinica Estetico and sat on the board at the Jacob Burns Film Center in New York, where he puts together a monthly series known as "Rarely Seen Cinema". The University of Florida alum was married twice and had three children: Ramona, Brooklyn, and Josephine. He received an honorary doctorate from Oberlin during the school's 2013 graduation. Unfortunately, Jonathan Demme died on April 26, 2017 at the age of 73. He had been suffering from esophageal cancer and complications from heart disease. He was the uncle of director Ted Demme who died in 2002 at the age of 38. 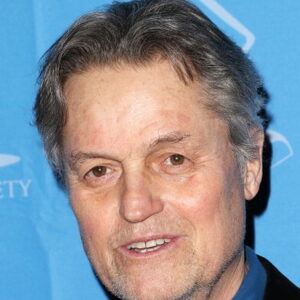