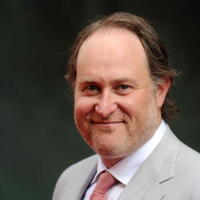 Jon Turteltaub Net Worth: Jon Turteltaub is an American film producer and director who has a net worth of $80 million. Jon Turteltaub was born in New York City in 1963, the son of "Sanford and Son" producer Saul Turteltaub. He graduated from Connecticut's Wesleyan University and later the University of Southern California School of Cinematic Arts. Turteltaub is a successful director who has done most of his film work with Walt Disney Studios. His first foray into directing and screenwriting came on the 1990 film "Think Big", which he followed up with "Driving Me Crazy" in 1991. He is responsible for movies such as 1992's "3 Ninjas", 1993's "Cool Runnings", "While You Were Sleeping", "Phenomenon", "Instinct", "Disney's The Kid", "National Treasure", "National Treasure: Book of Secrets", "The Sorcerer's Apprentice" and "Last Vegas". He has worked with actors including Nicolas Cage, Diane Kruger, Michael Douglas, Robert De Niro, Morgan Freeman, Sandra Bullock, and Peter Gallagher. He also produced the post-apocalyptic CBS TV series "Jericho", which ran for two seasons on CBS. Turteltaub directed the show's first three episodes. He also produced CBS' horror mini-series "Harper's Island" and USA Network's "Common Law"; Turteltaub directed the pilot episodes for both shows. He has been married to his wife, Amy Eldon, since 2006. She is the founder of the Creative Visions Foundation, which works to support those who use the media to spread awareness about issues they believe in.