John Woo Net Worth: John Woo is a Hong Kong film director, writer and producer who has a net worth of $60 million dollars. A director, producer, writer, and editor, John Woo is most widely recognized for his brand of "operatic" action films. His films, which have been produced in both Hong Kong and the US, have been hugely popular, and include such hits as, "A Better Tomorrow", "Hard Boiled", "Face/Off", and "Mission Impossible 2".

Born Wu Yu-Sheng on October 1946, in Guangzhou, Guangdong Province, China, he acquired critical acclaim as an international Chinese film director and producer, especially for his influence on the action genre. Woo's career beginnings date back to 1969 when he was hired as a script supervisor at Cathay Studios. Three years later, he continued to hone his directing skills as an assistant director at Shaw Studios, working under the tutorship of noted director Chang Cheh. He finally got the chance to make his directorial debut in 1974 with the movie The Young Dragons. He has since directed several notable Hong Kong action films, among them, A Better Tomorrow (1986), The Killer (1989), Hard Boiled (1992) and Red Cliff (2009). In the meantime, he successfully managed to pursue a Hollywood career creating features like Hard Target (1993), Broken Arrow (1996), Face/Off (1997) and Mission: Impossible II (2000). Furthermore, he was the creator of the comic series Seven Brothers, published by Virgin Comics in 2006. Although by the mid-1980s he experienced professional burnout, John Woo has successfully re-established himself in the movie industry and went further to cement his status as a notable director. 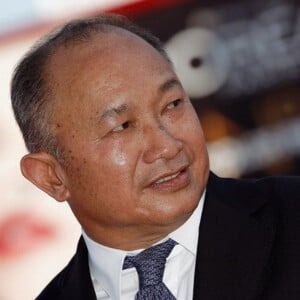