What Is John Waters' Net Worth?

John Waters is an American director, writer, producer, actor, and artist who has a net worth of $50 million. Waters is perhaps best known for writing, directing, and producing "Hairspray," which started out as a movie in 1988 and was eventually adapted into an award-winning Broadway musical. Also known as "The Pope of Trash," John has written and directed more than a dozen short films and feature films, including "Hag in a Black Leather Jacket" (1964), "Pink Flamingos" (1972), "Cry-Baby" (1990), "Serial Mom" (1994), "Pecker" (1998), and "Cecil B. Demented" (2000), and he has also served as a producer, editor, and cinematographer on several of his movies.

John Waters was born John Samuel Waters Jr. on April 22, 1946, in Baltimore, Maryland. He grew up in a Roman Catholic household with mother Patricia Ann, father John (a fire-protection equipment manufacturer), and siblings Steve, Kathy, and Trish. After seeing the 1953 film "Lili" at age 7, John became interested in puppets and began staging violent puppet shows for children's birthday parties. Waters attended the Calvert School, Towson Jr. High School, Calvert Hall College High School, and Boys' Latin School of Maryland, and he met his muse, Glenn Milstead (aka Divine) while growing up in the Baltimore suburb of Lutherville. After graduating from high school, John enrolled at New York University, but he was kicked out in 1966 after he was caught smoking marijuana on campus; he then moved back to Baltimore.

In 1964, Waters made his first short film, "Hag in a Black Leather Jacket." He wrote, directed, produced, edited, and served as a cinematographer on the film, and he took on the same roles for his subsequent short films, "Roman Candles" (1966), "Eat Your Makeup" (1968), and "The Diane Linkletter Story" (1970) as well as four of his feature films. John's first feature film was 1969's "Mondo Trasho" which he followed with "Multiple Maniacs" in 1970. In 1972, he released "Pink Flamingos," the first film in the "Trash Trilogy," and he continued the trilogy with 1974's "Female Trouble" and 1977's "Desperate Living." With 1981's "Polyester," Waters let someone else handle the cinematography for the first time, hiring film student David Insley as the primary camera operator. In 1988, John released the comedy "Hairspray," which was adapted into a 2002 Broadway musical that won eight Tonys. In 2007, a film adaptation of the musical was released, and Waters was a co-producer and consultant on the movie. He also appeared in both films, as Dr. Fredrickson in the original movie and as a Flasher in the 2007 version. John's follow-up to "Hairspray," 1990's "Cry-Baby," also became a Broadway musical, which was nominated for four Tonys in 2008. 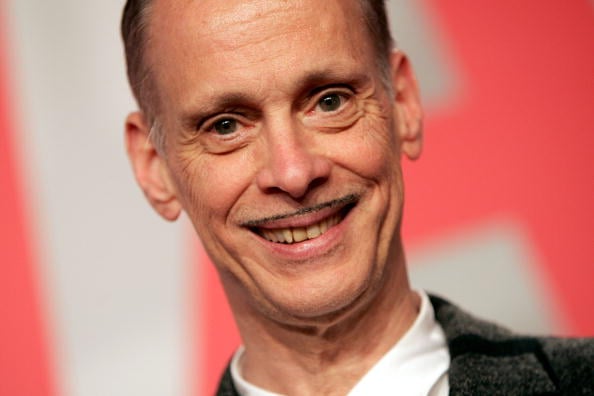 In 1994, Waters directed Kathleen Turner, Sam Waterston, Ricki Lake, and Matthew Lillard in "Serial Mom" and had an uncredited voice cameo as Ted Bundy in the film. John also had a voice cameo in his next film, 1998's "Pecker," as Pervert on Phone. The 2000 black comedy "Cecil B. Demented" starred Melanie Griffith as an actress who is kidnapped and forced to star in an underground film by terrorist filmmakers. Waters wrote, directed, and played  a reporter in the film. As of this writing, John's most recent film is 2004's "A Dirty Shame," which starred Tracey Ullman, Johnny Knoxville, Selma Blair, and Chris Isaak. In a 2013 interview with "The Guardian," Waters was asked why he hasn't made another film since "A Dirty Shame," and he responded, "It didn't make any money. They want you to make independent films for half a million bucks, and for me a film would cost around $5m. It's a great time to be a first-time film-maker, but not me." Though he has not made a film since 2004, John has kept busy on television, guest-starring on "My Name Is Earl" (2007), "Feud: Bette and Joan" (2017), "The Blacklist" (2018), and "Law & Order: Special Victims Unit" (2020–2021), appearing as a guest judge on "RuPaul's Drag Race" (2015), and acting as an associate producer on NBC's "Hairspray Live!" (2016). He also creates photo-based artwork, and from October 2018 to January 2019, the Baltimore Museum of Art hosted the exhibition "John Waters: Indecent Exposure."

John is openly gay and is a vocal supporter of gay pride and LGBTQ rights. In 2018, Waters revealed that he is in a relationship and that he prefers to keep it private because "if you don't keep some things private, you don't have a personal life." In 2009, John campaigned for Leslie Van Houten, a former member of the Manson Family, to be released from prison; he also wrote about her in his book "Role Models." Waters received an honorary degree from Baltimore's Maryland Institute College of Art in 2016. John has been an artist and art collector since the '90s, and he has a personal collection of more than 8,000 books.

Waters has homes around the country, including apartments in San Francisco and New York as well as a large country home outside of Baltimore and a summer house in Provincetown, Massachusetts. 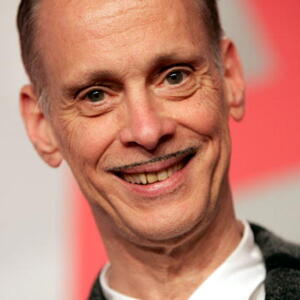