How much is John Singleton Worth?

John Singleton Net Worth and Salary: John Singleton was an American director, writer and producer who had a net worth of $35 million dollars a the time of his death in April 2019. John Singleton was born in 1968 in Los Angeles, California. He attended Pasadena City College before graduating from the University of Southern California's School of Cinematic Arts, in 1990. He made his film debut a year later with 1991's "Boyz n the Hood". For that picture, Singleton became the youngest person and first African-American to receive an Oscar nomination for Best Director. The film also earned John an Academy Award nomination for Best Screenplay. That year, Singleton directed Michael Jackson's "Remember the Time" music video with Eddie Murphy. Six years later, his movie "Rosewood", was part of the Berlin International Film Festival and in 2003, he directed "2 Fast 2 Furious" starring Paul Walker. Other directorial credits include "Poetic Justice", "Higher Learning", "Shaft", "Baby Boy", "Four Brothers" and "Abduction". Singleton produced "Higher Learning", "Shaft", "Baby Boy", "Hustle & Flow", "Back Snake Moan" and "Illegal Tender". He appeared in "8 Mile" as himself and on The CW's TV series "The Game" in 2013. In 2017 he created the series "Snowfall" for FX. Singleton is an outspoken critic of Hollywood, claiming major studios won't allow African-Americans to direct films with themes focused on black culture. In 2007, he escaped charges after striking a jaywalking pedestrian in Los Angeles who later died. Singleton was cleared of being on any substances at the time of the accident. He was married once and had seven children.

Stroke and Family Feud: In April 2019, John suffered what was reported as a "major stroke" by many outlets and remained in a medically-induced coma for over a week. He reportedly first experienced weakness in his legs after returning from a vacation in Costa Rica. He slipped into a coma after suffering from the stroke and this triggered a family war between his mother and one of his children. His mother Sheila, who has served as his business manager for many years, reportedly sought a conservatorship over John's estate to take control over his business dealings while he was incapacitated. One of his children, a daughter named Cleopatra, claimed that John's mother was planning to liquidate his assets to cut out the rest of the family. Cleopatra also claimed that John was doing much better than media outlets had reported. Unfortunately those claims turned out to be false. Tragically, John Singleton died on April 29, 2019 at the age of 51. 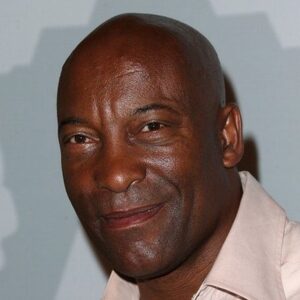