John G. Avildsen Net Worth: John G. Avildsen is an American film director who has a net worth of $20 million. John G. Avildsen was born in Oak Park, Illinois in December 1935. He studied at New York University and became an assistant director. He first directed the 1969 movie Turn on to Love.

In 1970 Avildsen directed the films Guess What We Learned in School Today?, and Joe. He directed the films Super Dick and Okay Bill in 1971. Avildsen also directed the movies The Stoolie, Save the Tiger, Foreplay, W.W. and the Dixie Dancekings, Rocky, Slow Dancing in the Big City, The Formula, Neighbors, A Night in Heaven, The Karate Kid, The Karate Kid, Part II, Happy New Year, For Keeps?, Lean on Me, The Karate Kid, Part III, Rocky V, The Power of One, 8 Seconds, A Fine and Private Place, and Desert Heat. Avildsen won an Academy Award for Best Director for Rocky in 1977. He also won a Directors Guild of America Award in 1977 for Outstanding Directorial Achievement in Motion Pictures for Rocky. Avildsen was also nominated for a Best Director award at the 1977 Golden Globes. 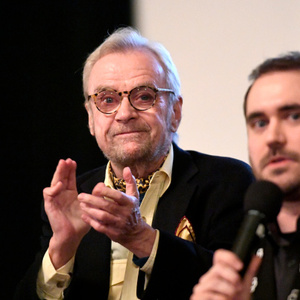