Joel Coen net worth: Joel Coen is an American director, writer and producer who has a net worth of $100 million. That is a combined net worth with his wife of nearly four decades, actress Frances McDormand.

Joel Coen was born in St. Louis Park, Minnesota, and has written, directed and produced several Academy Award-winning films with his brother, Ethan. Growing up, Joel mowed lawns to buy a camera so he and his brother could remake movies with their friends. He and Ethan graduated from Bard College at Simon's Rock, and Joel would attend New York University's film program while Ethan headed to Princeton. Joel worked as a production assistant until he and his brother wrote their first movie "Blood Simple" in 1984. They followed up that effort with "Crimewave" in 1985, "Raising Arizona" in 1987 and "Miller's Crossing" in 1991. The Coen brothers won their first Academy Award for their film "Fargo" in 1996, taking home Best Original Screenplay. They are also credited with titles including "The Big Lebowski", "O Brother, Where Art Thou?", "Intolerable Cruelty", and the Oscar winner "No County for Old Men". Joel married actress Frances McDormand in 1984, and they adopted their son, Pedro, from Paraguay. They live in New York. 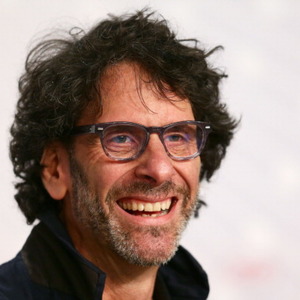