Jerry Zucker net worth:  Jerry Zucker is an American film director who has a net worth of $40 million dollars. Born March 11, 1950 in Milwaukee, Wisconsin, Jerry Zucker is known for his role in directing spoof films such as the 1980 film Airplane! as well as the dramatic film Ghost. His other film credits include The Kentucky Fried Movie, Top Secret!, Ruthless People, Naked Gun, Naked Gun 2-1/2, Naked Gun 33-1/2, First Knight, Rat Race, Fair Game and Friends with Benefits.

Zucker's early career began at the University of Wisconsin in Madison in a comedy troupe called Kentucky Fried Theater, comprised of Jim Abrahams and Jerry Zucker's brother David Zucker. The trio went on to co-direct Airplane! (1980), Top Secret! (1984) and Ruthless People (1986). Zucker, Abrahams and Zucker (or ZAZ, as they coined it) collaborated on twenty films between 1977 and 2008, including such films as An American Christmas Carol (a David Zucker film) and Jane Austin's Mafia! (a Jim Abraham film). Zucker's comedies have been critically acclaimed and ranked at the top of Entertainment Weekly's list of best comedy films. The American Film Institute (AFI) ranked Airplane! as #10. The Zucker brothers had a penchant for giving their mother Charlotte Zucker (who died in 2007) and their sister, Susan Breslau, small roles in their films. 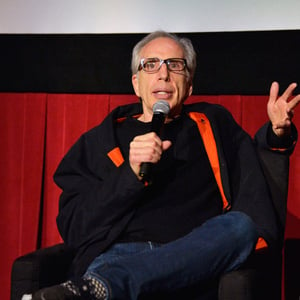