What was Jean-Marc Vallée's net worth?

Jean-Marc Vallée was a Canadian film director, screenwriter, and editor who had a net worth of $10 million at the time of his death. Jean-Marc Vallée died unexpectedly on December 26, 2021 at the age of 58.

Jean-Marc Vallée was born in Montreal, Quebec, Canada in March 1963. He directed and edited the films Black List in 1995, Los Locos in 1997, and Loser Love in 1999. Vallée wrote, directed, and co-produced the movie C.R.A.Z.Y. in 2005 and directed the film The Young Victoria in 2009. Vallée wrote, directed, edited, and co-produced the film Café de Flore in 2011. He also directed and edited the movies Dallas Buyers Club in 2013, Wild in 2014, and Demolition in 2015. Vallée directed and edited the short Stereotypes in 1991. He also wrote, directed, and edited the short Les Fleurs magiques in 1995 and wrote and directed the short Les Mots magiques in 1998 in addition to executive producing the short Little Pig in 2012. He has also edited, directed, and executive produced the TV series Big Little Lies and Sharp Objects. Vallée won a Primetime Emmy Award in 2017 for Big Little Lies and was nominated for an Academy Award for Dallas Buyers Club in 2014. 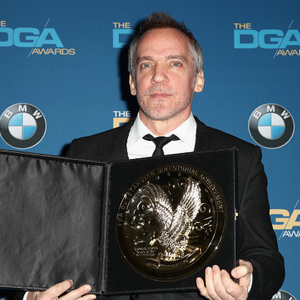