How much is Jay Roach Worth?

Jay Roach net worth and salary: Jay Roach is an American feature film director who has a net worth of $90 million dollars. Born in Albuquerque, New Mexico, Jay Roach graduated from El Dorado High School in the mid-70s. He attended Stanford University, where he graduated with a degree in Economics, and then went on to the University of Southern California, where he earned a Master's Degree in Film Production. He directed a feature length comedy in the early 90s, and then worked primarily as a producer. He became a well-known director, when he helmed 1997's "Austin Powers: International Man of Mystery". Since then he has produced and/or directed such projects as "Austin Powers: The Spy Who Shagged Me", "Meet the Parents", "Meet the Fockers", "Austin Powers in Goldmember", "50 First Dates", "The Hitchhiker's Guide to the Galaxy", "Bruno", "Dinner for Schmucks", and "Little Fockers". He is currently directing the film, "Dog Fight", starring Will Ferrell and Zach Galifianakis. Jay Roach is married to Susanna Hoffs who was an original member of the 1980s female singing group "The Bangles". They've been married since 1993 and have two sons together. 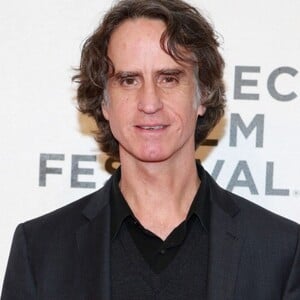