James Ivory net worth: James Ivory is an American film director, producer, and screenwriter who has a net worth of $10 million. James Ivory was born in Berkeley, California in June 1928. He has often worked with professional and romantic partner Ismail Merchant as well as Ruth Prawer Jhabvala and is a principal in Merchant Ivory Productions.

Ivory has directed many films including The City of Your Final Destination, The White Countess, The Divorce, The Golden Bowl, A Soldier's Daughter Never Cries, Surviving Picasso, Jefferson in Paris, The Remains of the Day, Howards End, Mr. & Mrs., Bridge, Slaves of New York, Maurice, A Room with a View, The Bostonians, Jane Austen in Manhattan, and more. He has also written and produced several films including Call Me by Your Name in 2017. Ivory has won nearly 50 awards and been nominated for 50 more. In 2018 he won his first Academy Award for Best Adapted Screenplay for Call me by Your Name. 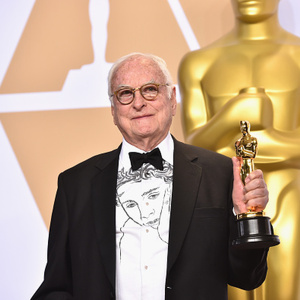