James Gunn net worth and salary: James Gunn is an American writer, filmmaker, actor, musician, and cartoonist who has a net worth of $50 million dollars. James Gunn was born on August 5, 1970 and was raised in St. Louis, Missouri. Gunn attended Jesuit St. Louis University High School followed by Saint Louis University.

While in college he drew political cartoons for the student paper. He attended undergraduate film school at Loyola Marymount in Los Angeles for two years. He ended up graduating from Columbia University School of Fine Arts. He has been in various bands throughout his life but began focusing on film in 1995. He wrote the screenplay Tromeo and Juliet in 1996. Gunn has written the movies The Specials, Scooby-Doo, Scooby-Doo 2: Monsters Unleashed, Slither, Movie 43, and the Guardians of the Galaxy franchise. He also directed Guardians of the Galaxy, Movie 43, Super, and Slither. As an actor he has made appearances in Guardians of the Galaxy, Super, Slither, LolliLove, The Ghouls, Melvin Goes to Dinner, The Specials, and Tromeo and Juliet. He wrote and directed the web series James Gunn's PG Porn. Gunn won a Filmmaker's Showcase Award from the Academy of Science Fiction, Fantasy & Horror Films in 2007. He was nominated for a Bram Stoker Award for Dawn of the Dead and won the Chainsaw Award for Highest Body Count for Slither in 2006. In 2014 Gunn won two Razzie Awards for Worst Director and Worst Screenplay for Movie 43. In 2018, James Gunn wrote and executive produced Avengers: Infinity War. He has also authored the books All I Need to Know about Filmmaking I Learned from the Toxic Avenger and The Toy Collector. He was previously married to actress Jenna Fischer and has been involved with Mia Matsumiya and Melissa Stetten. 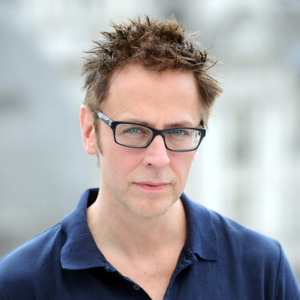